Shakib: Enforcing the follow-on ‘something special’ 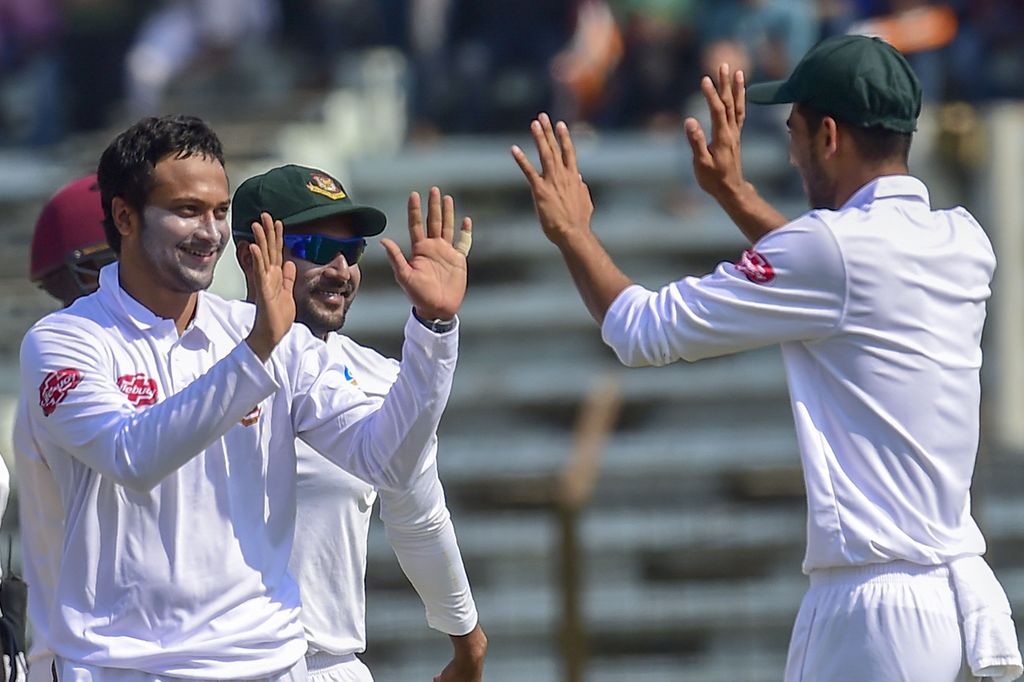 Bangladesh captain Shakib Al Hasan said his team had a lot to prove in the Test series against the West Indies after losing comprehensively to the same opponents in the Caribbean in July.

The Tigers beat the Windies by an innings and 184 runs in Dhaka to seal a 2-0 series whitewash on Sunday.

It is a far cry for the series in the Caribbean in July when the Windies thumped Bangladesh in both Test matches.

This was also the Tigers’ first time they have won a Test when enforcing the follow-on, something Shakib described as special.

Shakib said: “This is the first time we enforced the follow-on in more than 100 Tests in 18 years, which is definitely something special.

“We haven’t done this against smaller teams, so to do it against a higher-ranked side is an achievement. We obviously had a lot to prove after losing to them in that manner [in July]. I think we have done that at least at home.

“I would thank my team-mates and the coaching staff, for believing that it was possible. I was quite demanding of my players in this series.

“I wanted a lot from them. I think everyone contributed in their own way, but I saw everyone really wanting to contribute to the win.”

The teams will now play a three-match ODI series starting on Sunday.