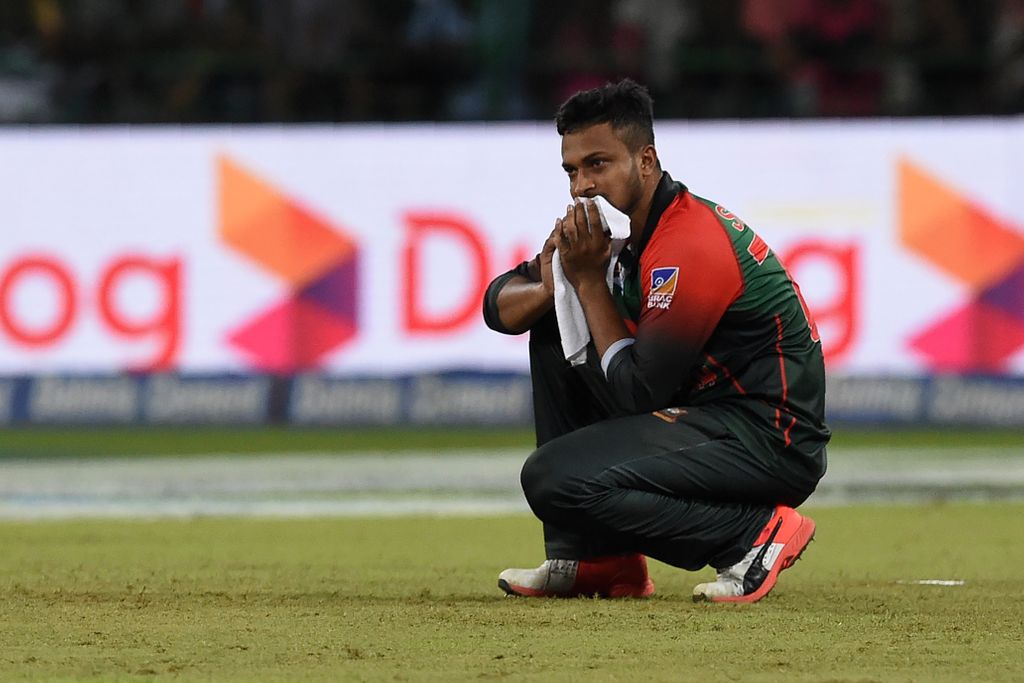 The ICC has announced that Bangladesh captain Shakib Al Hasan has been fined 15 percent of his match fee for shouting at the umpire during Monday’s opening T20I against West Indies.

The incident involving Shakib happened in the 14th over of Bangladesh’s innings when the left-hander, who was at the striker’s end, showed dissent at the umpire’s decision of not calling a wide when he first shouted at the official and then got involved in a prolonged discussion.

Shakib was found to have breached Article 2.8 of the ICC Code of Conduct for Players and Player Support Personnel, which relates to “showing dissent at an umpire’s decision”.

In addition to this, one demerit point has been added to the disciplinary record of Shakib, for whom it was the second offence since the introduction of the demerit system in September 2016.

Shakib now has two demerit points, having been handed one demerit point for an offence during a T20I against Sri Lanka in March this year.

After the end of the match, Shakib admitted the offence and accepted the sanction proposed by match referee Jeff Crowe of the and, as such, there was no need for a formal hearing.