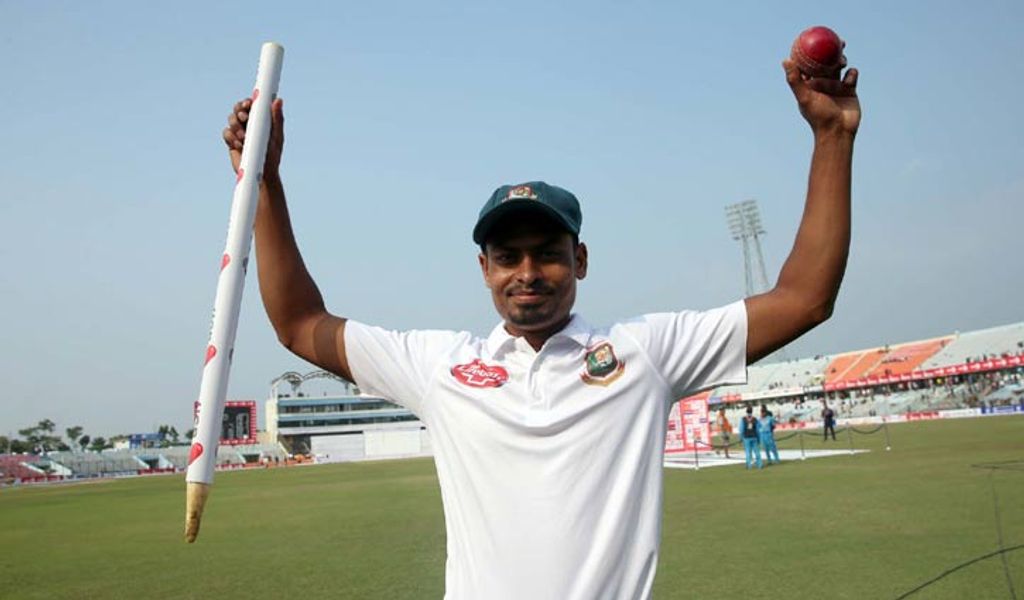 Bangladesh captain Shakib Al Hasan heaped praise on Taijul Islam after the spinner helped the Tigers to a 64-run victory in the first Test against the West Indies in Chittagong.

Taijul finished with second innings figures of 6-33, his seventh five-wicket haul in Test cricket, as the Windies were bowled out for 139 chasing a target of 204.

The left-arm slow-bowler picked up 18 wickets in the recently-concluded two-match series at home against Zimbabwe and will again be key in the second and final Test against the Windies as the hosts look to clinch the series.

Shakib said of Taijul: “The best thing about him is that he works very hard on his bowling. We had said that he was our best bowler in the first innings despite getting only one wicket.

Sometimes it happens that a bowler is bowling well but isn’t getting a wicket. We know these things and we appreciate small things in the dressing room. I know that the team management and the players will understand it.

“He bowled brilliantly. I would like him to bowl similarly in the next Test. I hope he gets five wickets in both innings.”

Shakib also defended his team’s batting performance in the second innings after they collapsed to 125 all out with the top-score being 31 by Mahmudullah.

The pitch at the Zohur Ahmed Chowdhury Stadium had plenty of turn from the first day and the match finished on the day three as both teams struggled to make an impact with the willow.

Shakib added: “On this kind of a wicket, a team can collapse in one innings and we were prepared for it. We knew it could happen but it was important to make sure we didn’t fail in the first innings with the bat.

“There were small partnerships that helped us. Our total in the first innings was the biggest advantage we had because we knew it would not be high-scoring game once we saw the wicket on the first day.”

The second and final Test against the Windies starts in Mirpur on Friday.