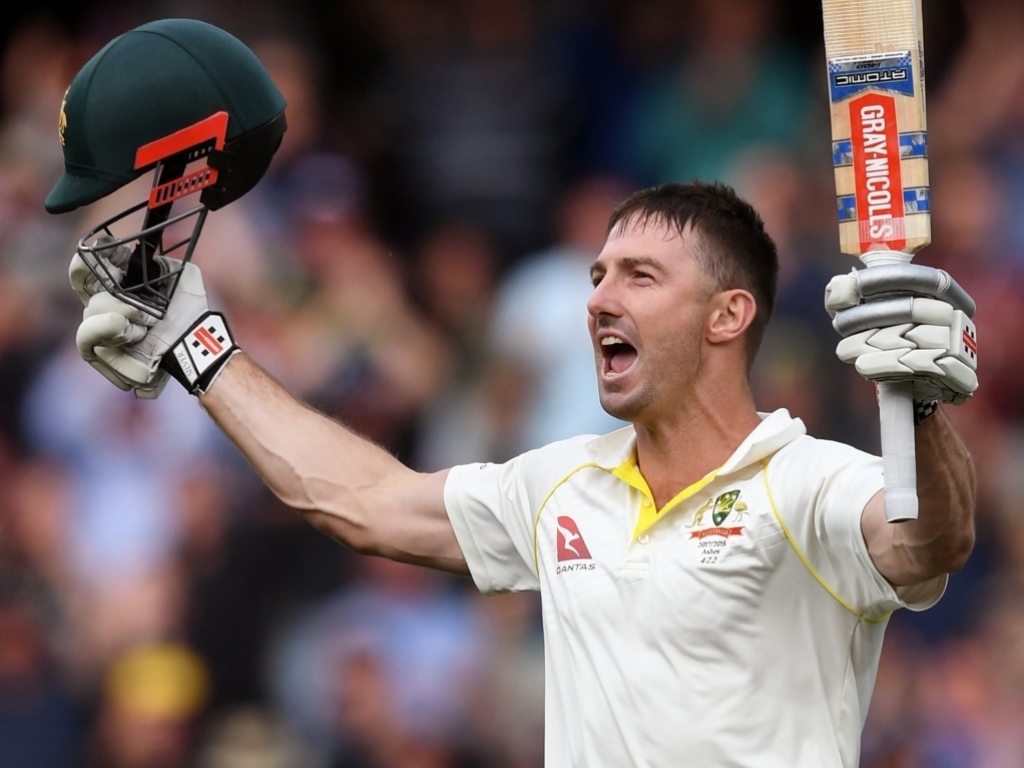 Shaun Marsh scored his fifth Test century to put Australia well on top after the second day of the second Ashes Test at the Adelaide Oval on Sunday.

Marsh scored an unbeaten 126 and received good support from the lower-order as the Aussies piled on 442/8 declared before driving their advantage home by reducing the tourists to 29/1 at the close before rain brought an end to proceedings for the day.

Resuming the day on 209/4 with Marsh on 20 and Peter Handscomb on 36, the home team lost the latter in the first over of the day as he went lbw to Stuart Broad.

Marsh found a willing partner in Tim Paine (57) as the duo added 85 for the sixth wicket with Paine going on to notch up his third Test fifty.

The wicketkeeper’s entertaining innings came to end when he pulled a short ball from Craig Overton straight to Moeen Ali on the square-leg boundary.

Mitchell Starc (6) did not last long as Broad got in the wickets column once more as the home side were 311/7 at that stage.

Pat Cummins though put a halt to England’s charge as he supported Marsh ably as the pair put on 99 for the eighth wicket as the hosts went into the dinner break at 409/7.

Overton got his third wicket after interval, removing Cummins for 44, before Marsh and Nathan Lyon added quick runs before the declaration came.

The visitors faced a difficult hour or so under the Adelaide lights and, after a couple of close lbw shouts, Starc removed Mark Stoneman (18) with the batsman unsuccessfully reviewing umpire Chris Gaffaney’s decision.