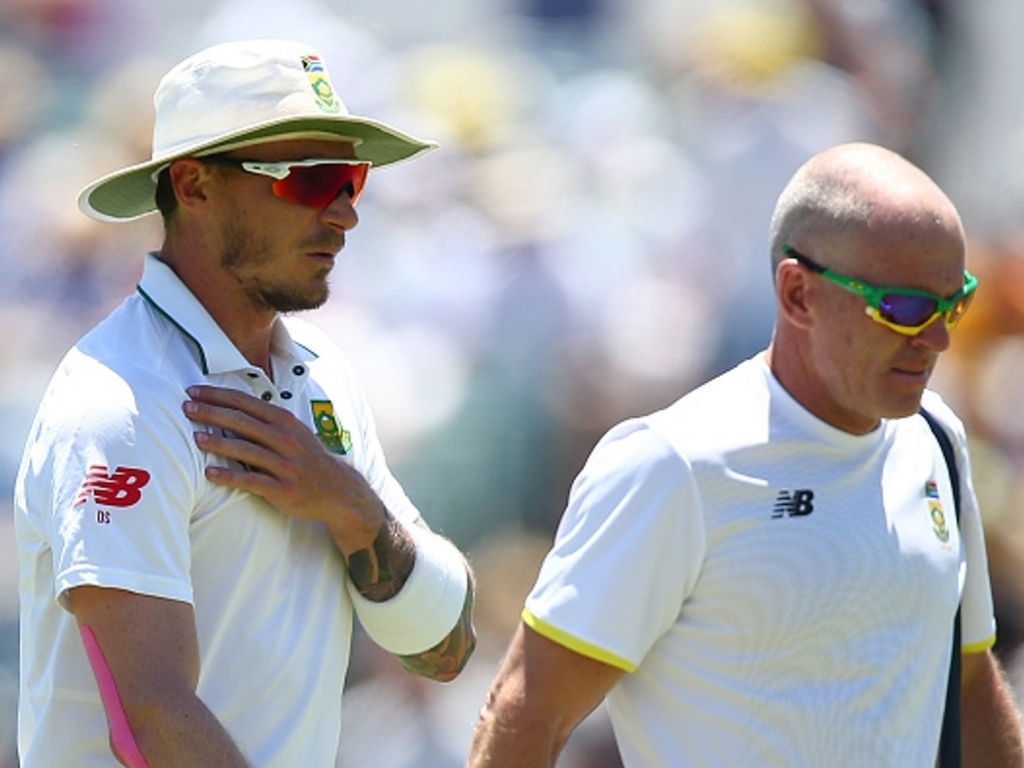 Proteas fast bowler Dale Steyn has been withdrawn from the current Test series against Australia due to a right shoulder injury.

Steyn complained of pain in his shoulder during the first session on day two of the opening Test match against Australia at the WACA ground, and was taken to hospital for further investigations which confirmed the injury.

Proteas team manager, Dr Mohammed Moosajee explained: “Dale pulled up while bowling shortly before lunch complaining of severe pain to his right shoulder. He was taken to the hospital for preliminary scans which confirmed a new fracture of the bone in the shoulder joint.

“He will take no further part in the match (he will bat if absolutely necessary) and the series, and will return to South Africa to see a shoulder specialist who will advise on an appropriate plan of action.

“An injury of this nature is rare and will in all likelihood require surgery but that will only be confirmed once we receive an opinion from the specialist.”

A decision on whether a replacement will be called up has yet to be made with Kyle Abbott and Morne Morkel already in the squad.