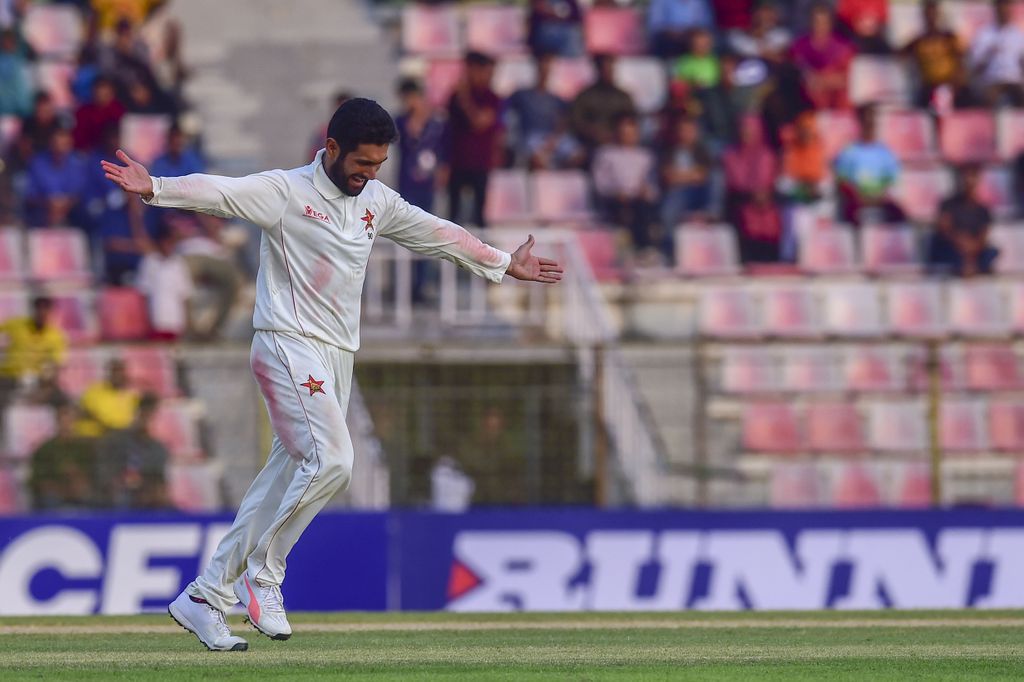 Zimbabwe allrounder Sikandar Raza says their victory in the first Test against Bangladesh in Sylhet can take a away “a bit of the pain” of not qualifying for next year’s World Cup.

Raza took six wickets in the game, including three on Tuesday, as Zimbabwe wrapped up a 151-run victory to secure their first Test win in five years and also their first success in the longest format away from home in 17 years.

The last time the Africa side won a Test was against Pakistan in Harare in 2013 and the last time they tasted victory overseas was also against Bangladesh in November 2001.

Raza told ESPNcricinfo after the game: “This is the first Test win in my career. I was the 12th man in the Test win over Pakistan in 2013.

“It is a humbling and exciting time, considering Zimbabwe last played a Test almost a year ago. We haven’t had much cricket after that anyway. The feeling is still sinking in.

“All the physical pain that came from batting, bowling and fielding has gone away, because we won. Hopefully we can carry on winning at home and away and keep up this momentum.

“This is a sweeter Test win, and to do that in Bangladesh where most of the other teams haven’t been able to do it, is quite a happy and exciting feeling to be honest.”

Zimbabwe of course will not play at next year’s global showpiece after a heart-breaking defeat in the final game of the qualifiers earlier this year.

Raza though said the victory in Sylhet will go a long way to easing pain that they felt in March.

He said: “The nightmares of not qualifying for the World Cup are still fresh in our memories, and also in our fans.

“A bit of the pain probably will go away. But all of it won’t go away. I know that I will be playing with that pain for the rest of my career.

“The magnitude of what we lost and how well we were playing, that pain will always be there for me.

“But I was picked for this tour along with other senior cricketers so that we can help Zimbabwe win more games.

“The pain will definitely fade away as we win more matches at home and away.”

Zimbabwe now just need to avoid defeat in the second and final Test, starting in Dhaka on Sunday, to clinch the series.