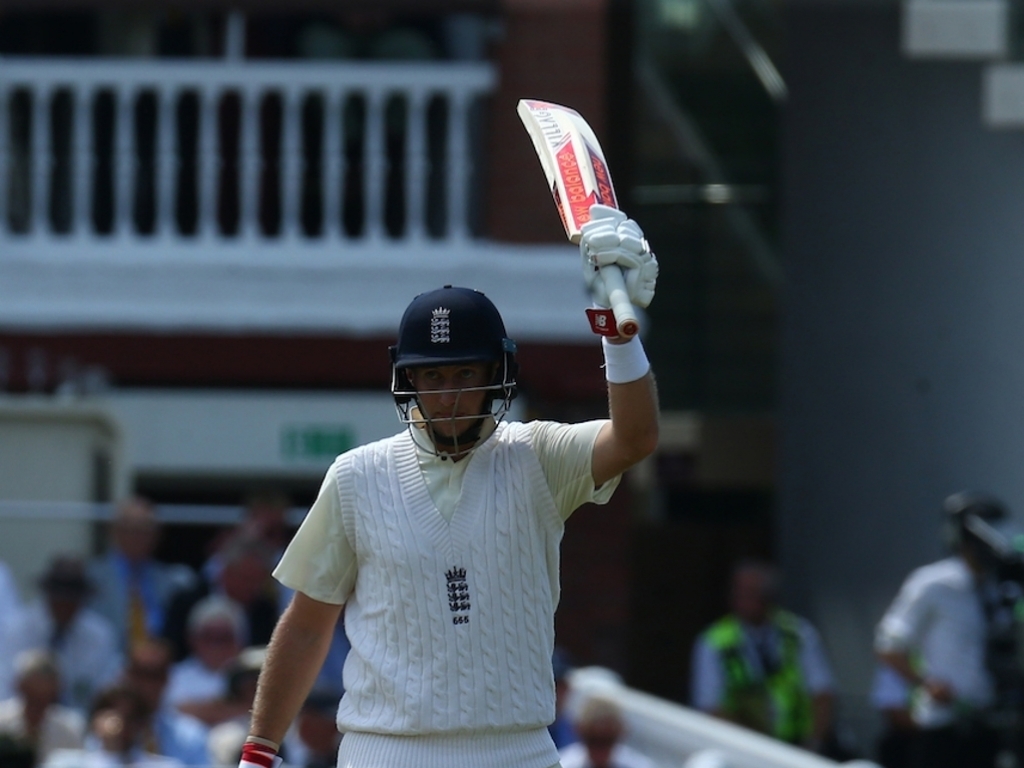 A big unbeaten hundred from new skipper Joe Root took England from being in trouble at 76/4 to reach 357/5 by the close of play.

Swing bowler Vernon Philander got stuck into the England batsmen early on getting Alastair Cook (3) to nick off early on to leave England 14/1.

The second England wicket was somewhat unfortunate as Keaton Jennings (8) was adjudged to be leg before to Philander but replays showed had he reviewed he would have been saved.

Gary Ballance (20) did review when he was struck on the pad by Morne Morkel but that was the wrong choice and he would have to head back.

Jonny Bairstow and Root stopped the rot for a while although the skipper was dropped by JP Duminy in the gully off the bowling of Kagiso Rabada.

Philander (3/46) grabbed his third before lunch as he trapped Bairstow leg before for a scrappy ten and England looked in all sorts of trouble.

Root and Ben Stokes would bat for the entire afternoon session though to turn the tide of the game.

The skipper joined an elite group of players to have cracked a century in their first Test as captain.

Stokes went to a well crafted fifty just before tea and England went to the break on 182 for 4.

The evening session saw England kick things up a gear to well and truly take control with Root accelerating.

Stokes (56) nicked off to Rabada early in the session but Root and Moeen Ali found things all a little too easy as the quick bowlers tired.

The left-arm spinner Keshav Maharaj was ineffective bowling from the pavilion and though he got more turn from the Nursery end he would end the day wicketless.