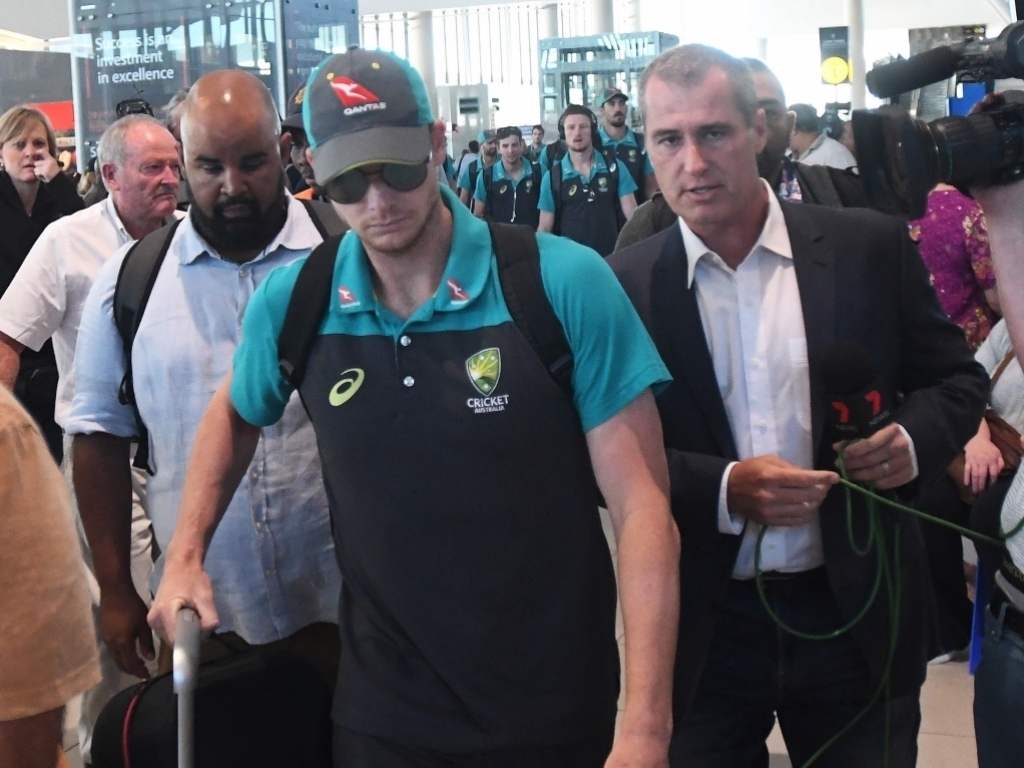 Steve Smith, David Warner and Cameron Bancroft have been sent home in disgrace from Australia’s tour to South Africa following the ball-tampering scandal that has rocked the cricket world.

Cricket Australia’s (CA) chief executive James Sutherland made the announcement on Tuesday in Johannesburg following an internal investigation by the country’s cricket board.

Bancroft, the most inexperienced member of the trio, was caught on camera applying sticky tape to the ball during the third Test against South Africa and Smith admitted they tried to alter the condition of the ball, saying the team’s “leadership group” came up with the plan.

What came out of the press conference was that only two players form part of Australia’s “leadership group” and that the junior member of the team, Bancroft, carried out the orders.

Sutherland told reporters: “I think it’s an issue of great proportion because of the standing of cricket in the eyes of the Australian public and, not only that, the Australian cricket team and I think that response is not terribly surprising.

The fourth and final Test of the series between the Proteas and Australia will start at the Wanderers on Friday.