AB to lead Proteas in T20I series against England 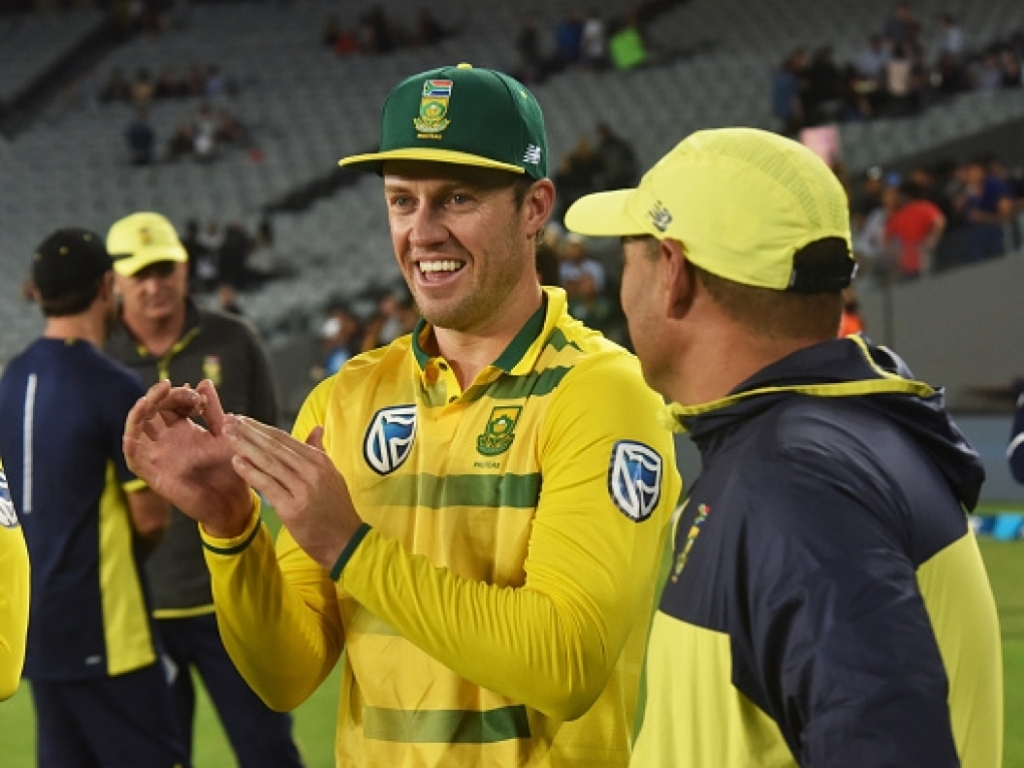 Du Plessis will return home to be with his wife, who is expecting their first child.

Hashim Amla, JP Duminy and Kagiso Rabada have also been rested as the Proteas have a four-match Test series in the UK starting in July.

De Villiers will skipper a young team with most of the players that played in the T20I series against Sri Lanka at home in January being given another chance to impress.

The likes of Reeza Hendricks, Mangaliso Mosehle, Dane Paterson and Jon-Jon Smuts will get another opportunity to showcase their talents at the highest level.

Fast bowler Lungi Ngidi was not considered because of a back injury while allrounder Dwaine Pretorius is the only uncapped T20I player in the squad but he has already represented the Proteas in ODI cricket.

South Africa’s convenor of selectors, Linda Zondi, said: “We have also been impressed as a panel by the quality of players coming through our franchise and South Africa A system and we are ready to give further opportunities to Andile Phehlukwayo, Mangaliso Mosehle, Jon-Jon Smuts and Dane Paterson who all made their debuts in the recent series against Sri Lanka.

“Unfortunately, Lungi Ngidi could not be considered because of injury.

“This is an exciting opportunity for the newcomers to play alongside world-class and experienced players like AB, Farhaan, David Miller, Imran Tahir, Morne Morkel, Chris Morris and Wayne Parnell.”