Abinala Primary School put the Proteas to the sword 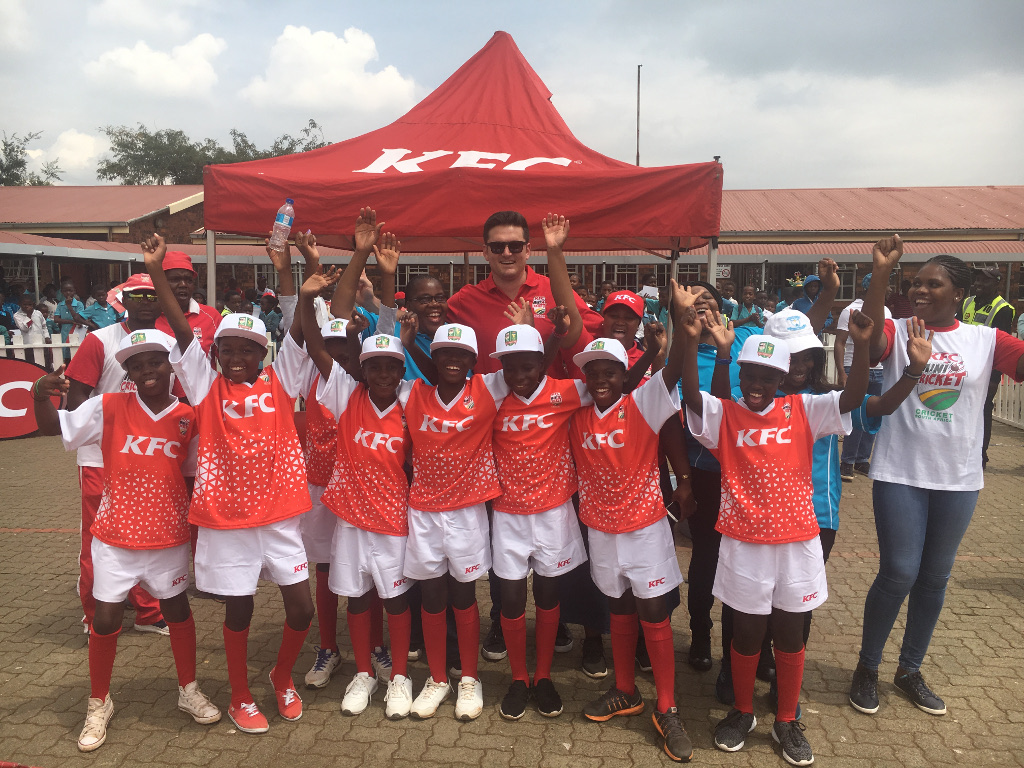 The Proteas continued their poor run of form as they were put to the sword by the well-prepared Abinala Primary School, in Vosloorus, on Monday afternoon.

Abinala won the hotly contested eight-a-side, eight-over KFC mini-cricket encounter by eight runs as the Proteas got close to the 49-run target but just couldn’t get over the line.

Abinala won the toss and elected to bat first and the youngsters seemed entirely unintimidated by their opposition that was not only twice their size, but boasted the likes of current world-class players like Andile Phehlukwayo and AB de Villiers and even former ones like JP Duminy!

The packed school courtyard were also luckily enough to see enjoy the skills of Mignon du Preez and Trisha Chetty from the Proteas Women’s side and it won’t come as a surprise that they outplayed their male colleagues by far.

The marvellous atmosphere was made all the more fun by the presence of the band that belts out those St George’s tracks at the Wanderers, and some fans even made placards for the television cameras.

Abinala were clearly a very well-coached unit under former South Africa captain Graeme Smith and the handsome win might just give Smith the motivation to pursue a captaincy career, especially given Ottis Gibson’s poor start in the job on the limited overs front.

After the match the man-of-the match, Thato Sedibe said, “Everything went to plan and it was a satisfying win. I advise the Proteas to keep trying harder after losing to India because they need to know that they represent their country.

The losing captain Phehlukwayo said, “Today we were close but Abinala just had too many runs on the board. We got close but they just came out guns blazing with the bat.”

Winning coach Graeme Smith said, “We won easily in the end. I’ve seen lots of mini cricket games and this side has serious talents and energies.

“What was created here today will last long into the future. It’s about generating interest and passion. Remember that each Protea has their own story and journey and it is in these playgrounds that future heroes are born.”