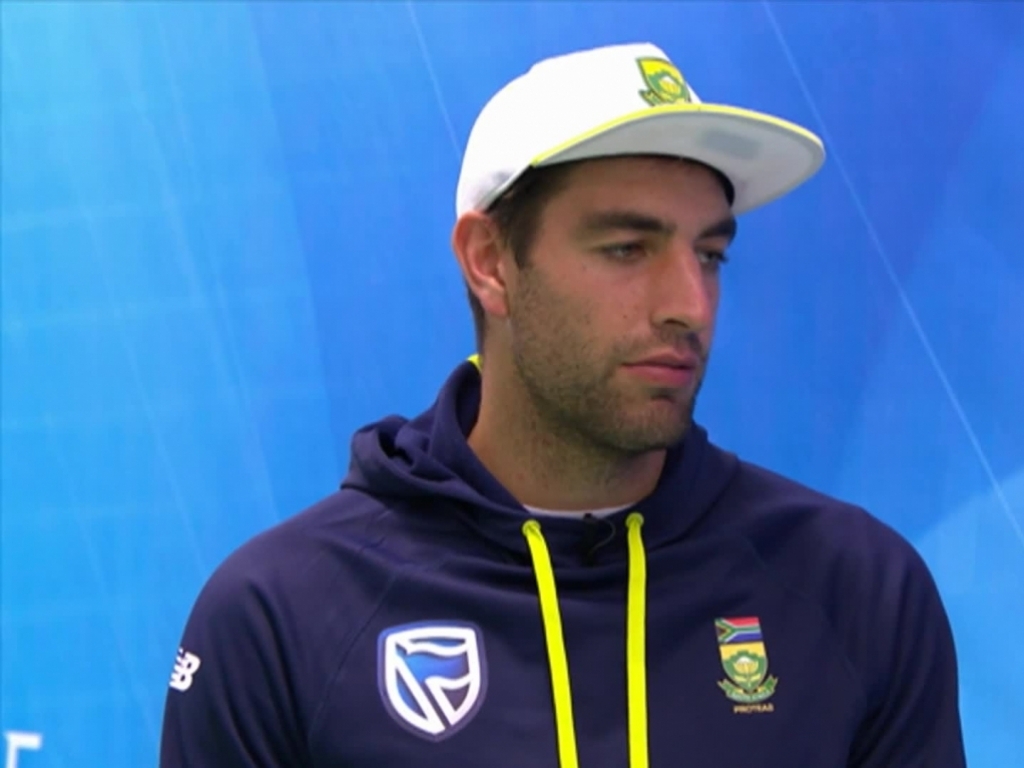 South Africa seamer Duanne Olivier is hoping to see a much different pitch in Bloemfontein for the second Test against Bangladesh that starts on Friday.

Olivier plays his domestic cricket in Bloemfontein with the Knights and, according to the right-arm seamer, it is normally one of the flattest surfaces in the country.

The 25-year-old Olivier, who has taken 19 wickets in his four Tests for the Proteas, played in a domestic first-class game at the venue two weeks ago which saw plenty of runs being scored, 1249 runs in total, and only 20 wickets falling over the four days as the Knights and Cape Cobras settled for a draw.

However, after Proteas captain Faf du Plessis criticised conditions for the first Test in Potchefstroom and asked for more pace and bounce against the Tigers, pictures have emerged of a green surface and Olivier is confident it will be quick.

Speaking to reporters in a press conference on Wednesday, Olivier said:  “I saw a few pictures. I think on day one it will be a bit slow but then there’ll be some bounce and it will quicken up towards day three and four.

“Two weeks ago the wicket was quite flat and there wasn’t much assistance, but it will be different.”

The hosts beat the Tigers by 333 runs in the first Test but lost Morne Morkel during the match with a side strain, making Olivier more important to the Proteas to support paceman Kagiso Rabada, who seemed to have rediscovered some form in the first Test.

Olivier, who only took one wicket in Potchefstroom, said he did not feel any extra pressure to perform on his home ground due to Morkel’s injury as the home team try to wrap up a two-nil series whitewash.

“Morne is a massive loss. He’s been bowling really well but it gives an opportunity to other guys to stand up and make a name for themselves,” said Olivier.

“KG [Rabada] will be leading the attack now and I can learn a lot from him. I also learn a lot from the senior players so I really don’t feel there’s added pressure on me or the rest of the guys.”