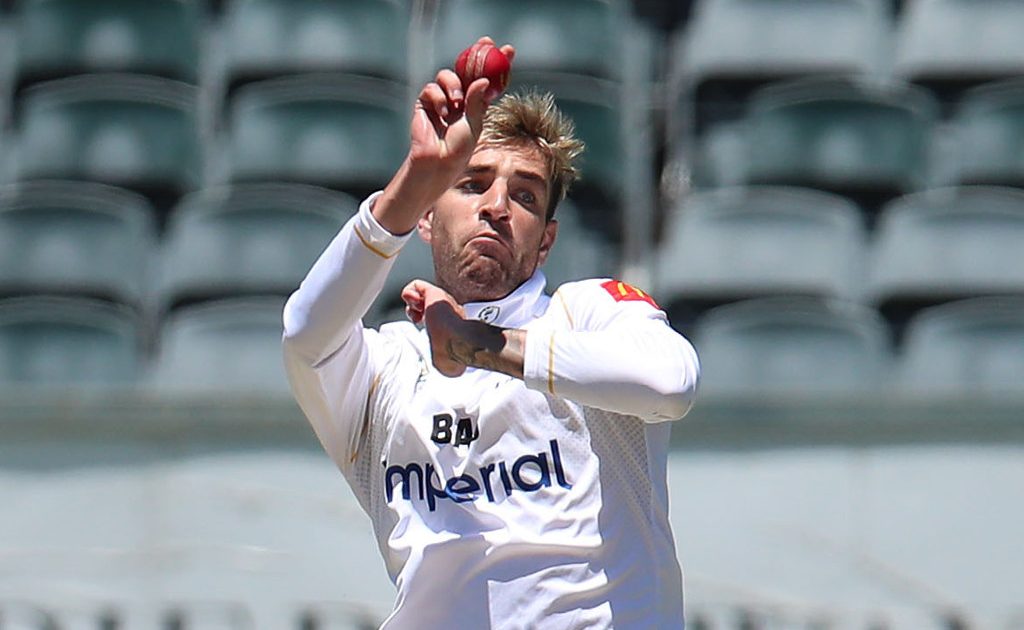 Duanne Olivier is hoping to apply some of the skills he learned while playing in England to the South Africa domestic circuit and possible the Proteas set-up in future.

Olivier left South Africa some two years ago regarded as possibly the best short-bowler in the country, but has had to adapt his style during his time with Yorkshire.

Now playing for the Imperial Lions in the South Africa First-Class set-up, Olivier is bowling a slightly fuller stock delivery than the back-of-the-length balls he was renowned for.

“Playing in England has helped me immensely. I remember in my first season there, I was bowling ‘South African lengths,’ and although I got wickets, as a bowler, you’re always trying to improve, trying to see what you can do better for the next season,” the 29-year-old explained.

“My focus became on trying to bowl fuller and trying to make the batter play more.”

Olivier’s departure in 2019 left not only a hole in the Proteas line-up but also the South Africa domestic circuit.

He is elated with how things have progressed for him since returning to the country of his birth, and in particular the Lions squad and coaches.

“When I came here I only knew a couple of guys, the beauty of it is you get to know new people, new teammates, the environment at the Lions has been brilliant, driven by our coach Wandile [Gwavu].

“I worked with him in the first season of the Mzansi Super League.

“I felt very welcome although I was new and you always want to prove yourself to a new team. The guys have been so good on and off the field.

“When you win, everything is great, it’s when you start losing, that’s when you need to stick together and not point fingers at each other. As soon as you start doing that things won’t go well. I couldn’t ask for anything better at the Lions.”

So well have things gone, Olivier is currently the leading wicket-taker in the competition, with 28 sticks at 11.10.

Only his team-mate Malusi Siboto – with whom he has formed a formidable partnership – has taken wickets more regularly, 17 at an average of 7.54 per dismissal.

“We’ve bowled well in partnerships and by sticking to a fuller length we’ve made the batsmen play and tested their techniques,” Olivier continued.

“Don’t get me wrong, I do enjoy bowling bouncers, but it hasn’t been necessary to go to that plan straight away, we haven’t bowled that many overs.

“It might be our next game in Cape Town, where we revert to that because the wickets might be a bit flatter, we might toil a bit more and those things might come into play.

“For now at the Wanderers, if you’re too short, I don’t think it is that effective, where if you’re fuller and test the batsmen’s technique all the time, I think you’ll pick up more rewards that way.”