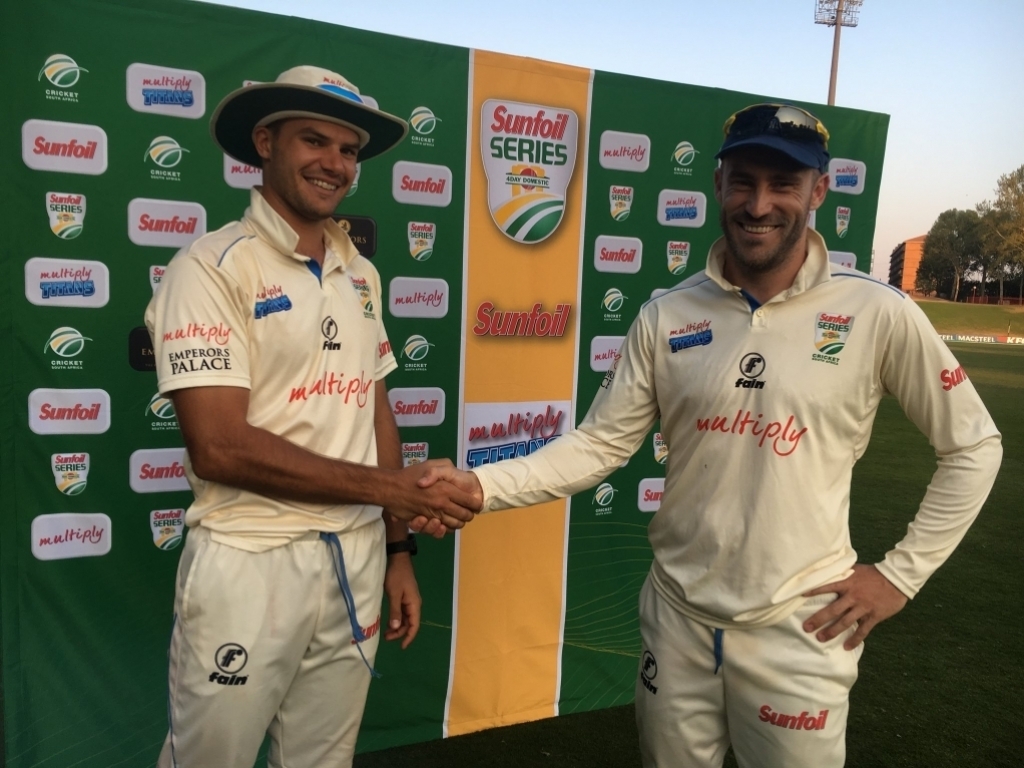 The 22-year-old Markram, who went on tour with the Proteas Test squad to England earlier this year, is set to make his debut in the longest format when the first Test against Bangladesh gets underway in Potchefstroom on Thursday.

Proteas skipper Du Plessis played alongside Markram for the Titans in a domestic four-day game this past weekend and was at the crease with his younger teammate when he went to a century in the first innings.

ALSO READ: Markram: I know that this is a very big opportunity

Markram notched up scores of 119 and 87 in front of new Proteas coach Ottis Gibson to make his case for Test selection.

Du Plessis said after the game at Centurion: “I’m really impressed with him (Markram) at the moment. I watched him closely in England and I saw his work ethic was really good.

“To see him over the last four days and watch him do his thing with the bat was really impressive.

“I think the time is perfect for him to play Test cricket. He has got a really good head on his shoulders so we look forward to welcoming him in the Proteas team.”

South Africa will play Bangladesh in a two-Test series with the second game set to be played in Bloemfontein from 6 October.