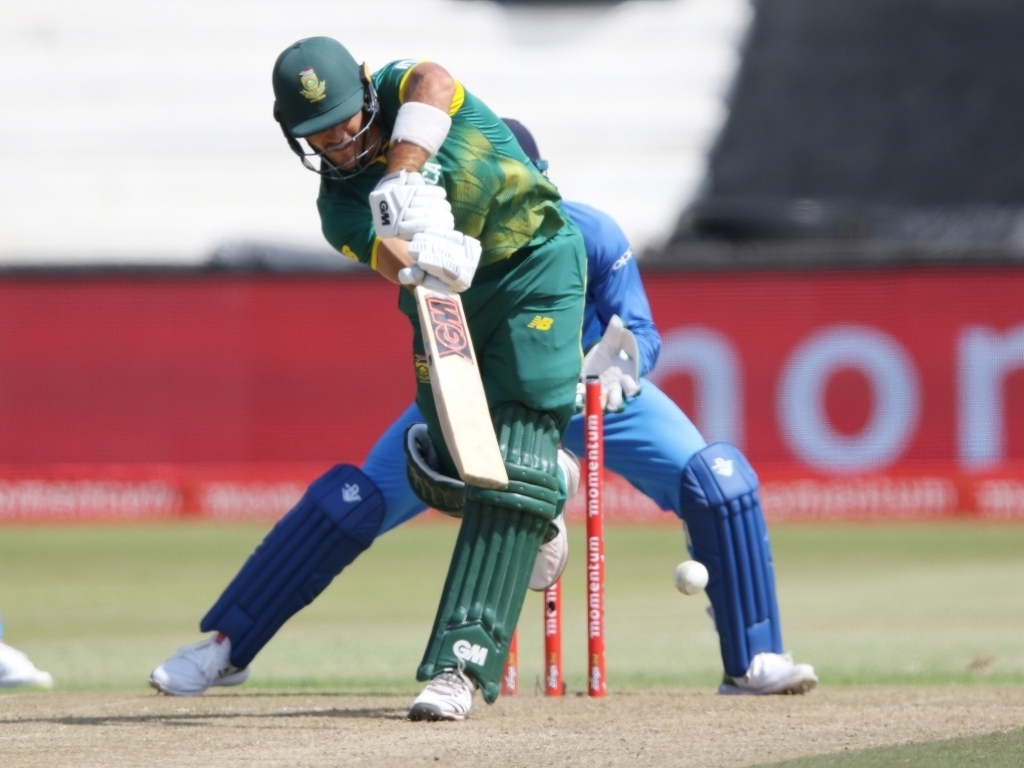 South Africa captain Faf du Plessis has put the six-wicket defeat to India in the first ODI in Durban on Thursday squarely on the batsmen, saying the Proteas were 60-70 runs short of the total they needed when batting first.

The home side posted 268/8 after they had won the toss and batted first with Du Plessis hitting 120 off 112 balls but the skipper got no real support with the next best score of 37 by Chris Morris, batting at number seven.

The Proteas got stuck in the middle overs with India’s two wrist spinners, Kuldeep Yadav and Yuzvendra Chahal, bowling a combined 20 overs for just 79 runs and taking five wickets.

Virat Kohli then stroked 112 and shared in a stand of 189 for third wicket with Ajinkya Rahane (79) as India coasted home by six wickets with more than four overs to spare to take a one-nil in the six-match series.

Du Plessis said after the game: “We didn’t bat well today. As a batting unit, for the second top score to be 30-something or 40 shows that there weren’t partnerships.

“The most basic thing about one-day cricket is two guys getting together and putting some sort of partnership together.

“I thought the Indian spinners bowled well, but still, we should have been better against them.

“Certainly, tonight, we needed 300. Two-sixty wasn’t enough on that deck. The last two games we played here, we got more runs and won. We chased 370 here against Australia.

“So, I think it’s unfair to say the bowlers tonight were poor. I thought purely we didn’t have runs. The way the wicket played, and the way that our bowlers had to try and get wickets made it difficult for them.

Du Plessis will hope his batsmen come to the party when the second ODI takes place in Centurion on Sunday.