Faf ruled out for six weeks with back injury 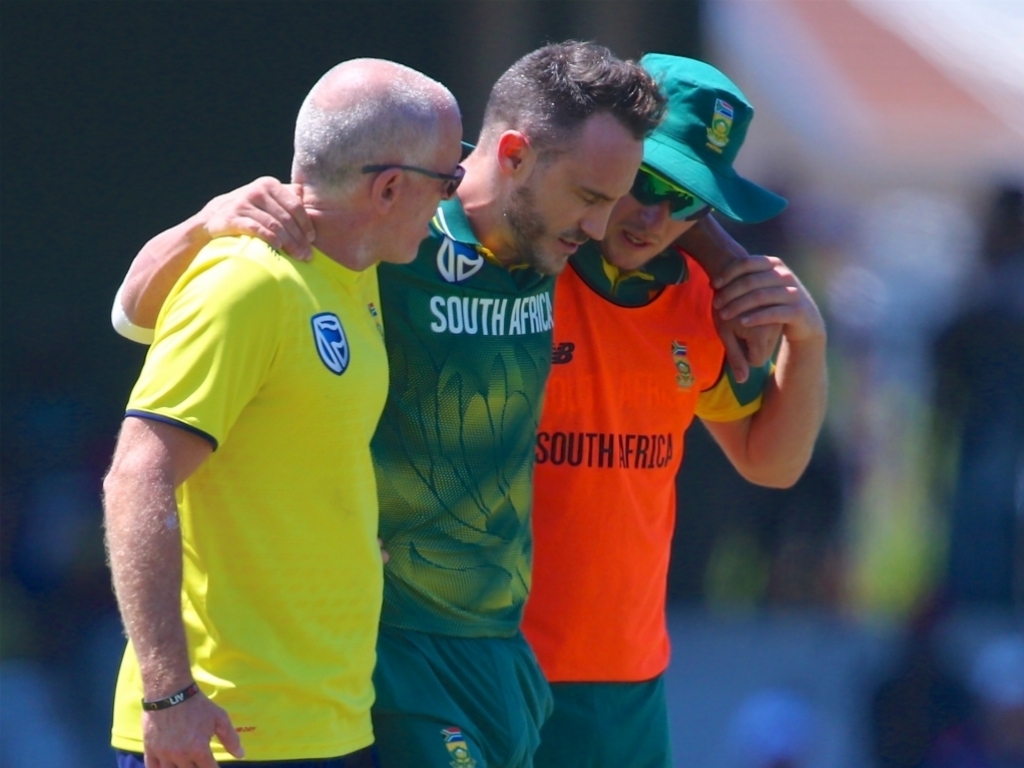 South Africa captain Faf du Plessis has been ruled out for up to six weeks due to a lower back injury sustained during the third ODI against Bangladesh on Sunday, with subsequent investigations confirming the diagnosis.

Du Plessis was batting and made his way to 91 in East London before he had to be carried off with 10 overs of the innings still remaining in a game the hosts went on to win by 200 runs to seal a three-nil series sweep.

The Proteas skipper has therefore been ruled out of the upcoming two-match T20 series against the Tigers and the CSA domestic T20 competition, due to start on the 10th November.

He is however expected to be fit for South Africa’s four-day Test against Zimbabwe scheduled to start on Boxing Day in Port Elizabeth.

“Further investigations and assessment have confirmed an acute lumbar disc injury. He will require a period of rest and rehabilitation for the next six weeks.

“We anticipate him to be ready for the Test match against Zimbabwe in December.”

The first T20I between the Proteas and Bangladesh takes place in Bloemfontein on Thursday followed by the final game of the tour in Potchefstroom on Sunday.