Faf: Test team must move on from AB 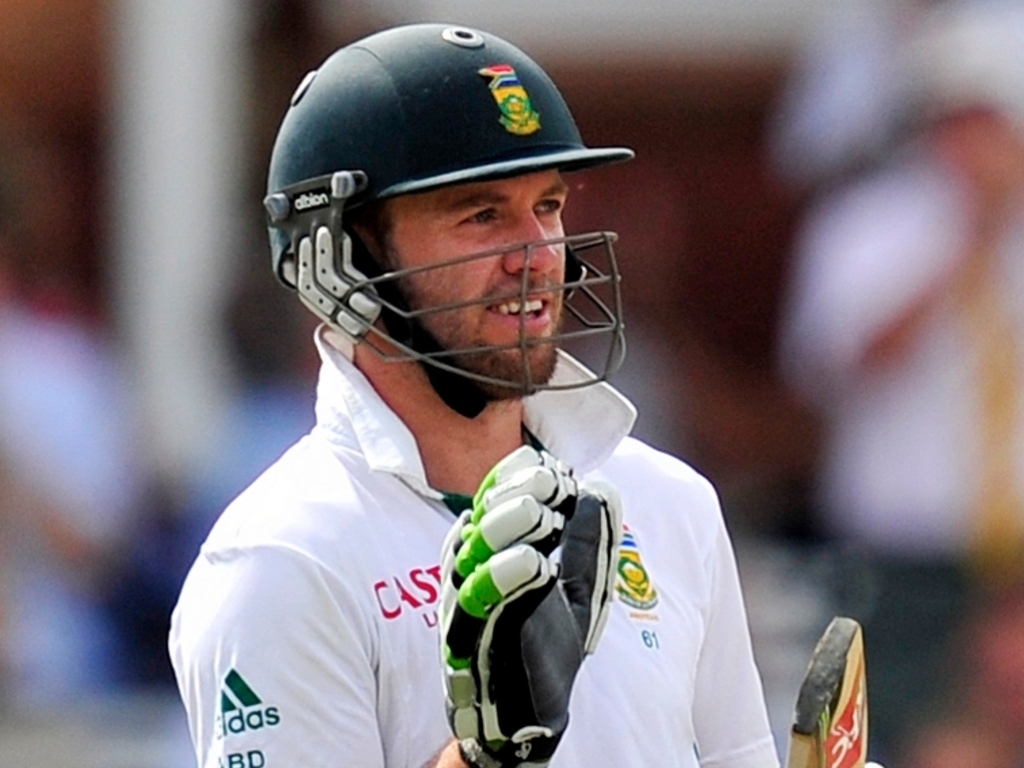 South Africa Test captain Faf du Plessis is not expecting AB de Villiers to return to the national team in the five-day format and says the Proteas must move on without the superstar batsman.

De Villiers, who last played in a Test more than 19 months ago, was sorely missed in the batting order as the Proteas suffered a 3-1 series defeat in England, their first Test series loss in the UK since 1998.

The now 33-year-old De Villiers decided in January this year to take a sabbatical from the longest format in order to preserve his body for limited-overs cricket.

It is expected that De Villiers, who averages more than 50 with the bat after 106 Tests, will call time on his career in the Test whites and Du Plessis said the Proteas must find a replacement.

Du Plessis told reporters after the Proteas’ 177-run loss at Old Trafford: “I would love AB to play – we all know how good he is and we missed him, but we’ve spent too much time talking about when he is going to come back.

“The hope of him coming back is something we need to move past, we need to find someone else to fulfill that role.

“If AB comes back it’s a huge bonus but I don’t expect him to come back into the Test team.”

The batting has looked vulnerable over the last year but was exposed in English conditions as the visitors suffered one batting collapse after another.

Three players were tried in De Villiers’ number four position in the order, JP Duminy was dropped after the first Test at Lord’s, wicketkeeper Quinton de Kock batted at four in the next two Tests while Temba Bavuma was given the responsibility in the final game of the series.

Du Plessis continued: “We didn’t come here planning for JP to be dropped, we were hoping that he could bowl and play those x-factor innings.

“The change with Quinton going in at four was to transfer pressure back on the England team and he is the one guy who can do that.

“He did that in the second Test with match-changing innings on a greentop but from a consistency point of view your number four needs to play the way the team needs him to play and Quinton plays the way Quinton need to play.

“In conditions like this, with the ball moving around, I think it’s better for Quinton to come in at six or seven like your Bairstow, Stokes and Ali.”

Du Plessis is of the opinion that Bavuma is the best player technically to bat at number four and sees the Cape Cobras player as the long-term solution to fill the void.

The Proteas next Test series will be a two-match affair against Bangladesh at home before they play India and Australia, also on home soil.

The skipper added: “Temba is probably technically our best player along with Hashim Amla and myself. I love what I see in Temba’s character and he’s going to be an important leader for us in the team.

“I’m a big believer that, if you see that in somebody you give them responsibility to bring the best out in them.

“When he batted at four he was our best player in really challenging conditions and that showed me that he has the capability of being South Africa’s number four for a long time.”