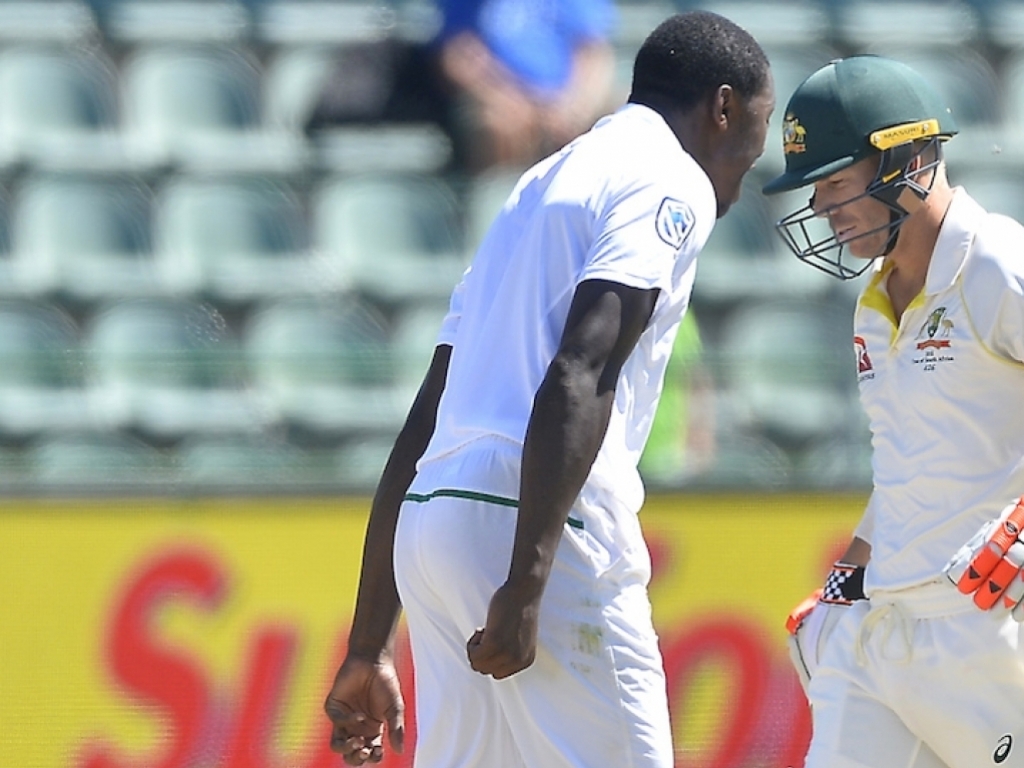 Kagiso Rabada has been suspended for South Africa’s next two Test matches after being found guilty of a Level 2 ICC Code of Conduct offence of ‘inappropriate and deliberate physical contact with a player’.

He has received a fine of 50 per cent of his match fee and three demerit points after a disciplinary hearing following his denial of the charge.

This means Rabada has accumulated eight demerit points within a 24-month period automatically leading to a two match suspension. The incident happened in the 52nd over of Australia’s first innings of the second Test, when moving towards the slips, Rabada made contact with Steve Smith with his shoulder.

Rabada has accepted a second charge under 2.1.7 of the code – using language, actions or gestures which could provoke an aggressive reaction from a batsman upon his or her dismissal. He received a further 15% fine of his match fee and an additional demerit point bringing his total to nine.

Meanwhile, Australia all-rounder Mitchell Marsh has also been fined 20 per cent of his match fee and handed one demerit point for a level 1 offence under 2.1.4 of the Code which pertains to “using language or gesture that is obscene, offensive or insulting during an International Match.” Marsh accepted the charge and no formal hearing was needed.

Jeff Crowe of the Emirates Elite Panel of ICC Match Referees said: “I found that there was contact between Rabada and Smith, and in my judgement the contact by Rabada was inappropriate, and deliberate. He had the opportunity to avoid the contact, and I could not see any evidence to support the argument that the contact was accidental.

“It is also disappointing that this has happened the day after the pre-match meeting I had with both teams, where the importance of respect for opponents was highlighted.

“I take no pleasure in seeing a player suspended, particularly a young player of Kagiso’s talent, but he has now breached the ICC Code of Conduct on a number of occasions.”