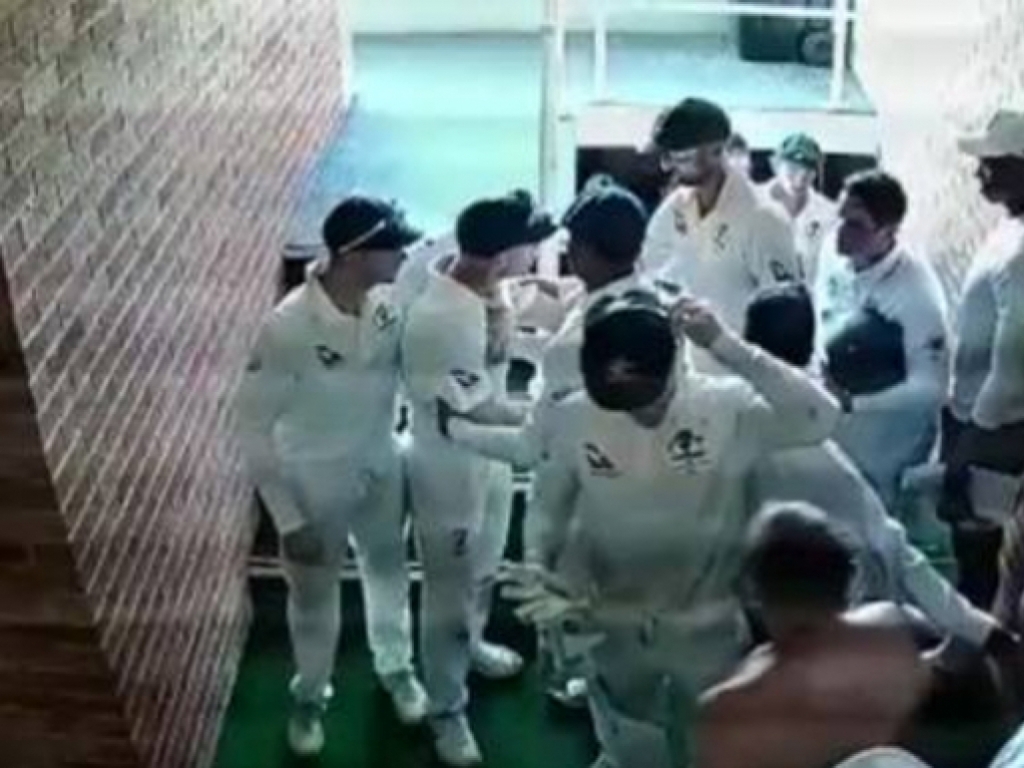 Cricket Australia (CA) and Cricket South Africa (CSA) said the off-field confrontation, captured by CCTV footage, involving David Warner and Quinton de Kock will be left in the hands of the umpires and match-referee.

In the footage, it can be seen that Warner had to restrained by his own teammates as he tried to have a go at De Kock at something that was allegedly said to the Australia vice-captain.

Both captains, Steve Smith and Faf du Plessis, were involved in the fracas but will wait for the ICC, who said they will investigate the incident.

CA said in a statement: “Following the end of the second session there was an incident involving David Warner and Quinton de Kock on return to the changerooms.

“The incident was discussed between the two team managers and the match referee last night and it is now in the hands of the on-field umpires and match referee.

“Both teams were reminded by the match referee of the spirit in which the game should be played.”

Proteas team manager, Mohammed Moosajee, gave the following statement: “It’s rather unfortunate that the incident took place and certainly not in the spirit of the game.

“The match referee had spoken to us after the day’s play. We will await any further communication from the ICC around this incident.”