ODI series could ‘unshackle’ out of form De Kock 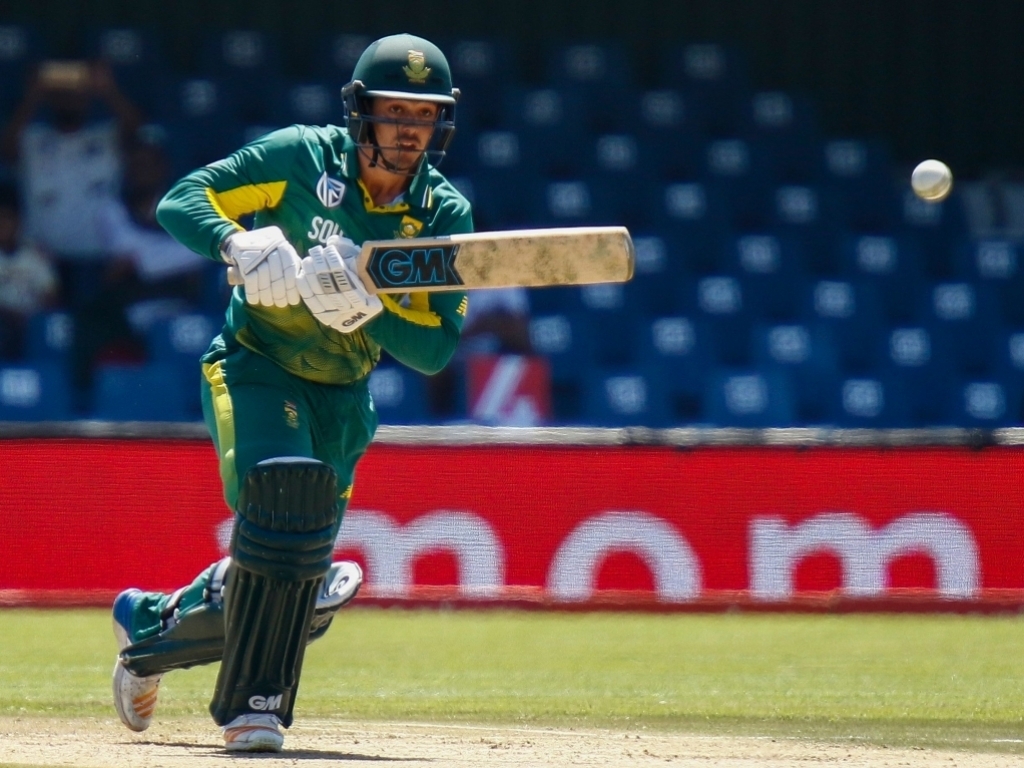 South Africa captain Faf du Plessis feels the upcoming ODI series against India could just be what Quinton de Kock needs to regain his form with the bat.

The 25-year-old De Kock only scored 71 runs in six completed innings against India in the recent three-match Test series that the Proteas won two-one.

The wicketkeeper’s form with the willow is of concern as the Proteas management have decided, for now, that the Test team composition will have six batsmen, with De Kock at six, and five bowlers.

ALSO READ: All about the pace for Proteas coach Gibson

With a four-match Test series against Australia looming in March, the Proteas skipper feels the gloveman is just going through a lean patch and the six-match series in the 50-over format against India, starting on Thursday, could “unshackle” the left-handed batsman.

Du Plessis said after the defeat to India in the final Test at the Wanderers: “We all go through lean patches. I think the white ball is coming at a good time for Quinny, it will unshackle him.

“He’s obviously disappointed, as any player would be. He will go back and work hard on his game and make sure he can be better for the Australian series.”

Du Plessis further said that De Kock must not think about all sorts of technical issues or change the way he naturally plays.

According to the skipper, the keeper could be one innings away from rediscovering his best with bat in hand.

Du Plessis continued: “With Quinny, he’s a personality that doesn’t think too much about technical stuff. He’s a free spirit, x-factor player.

“So when things go wrong, as any player, you’ll feel like there’s pressure on you to perform.

“For Quinny it is just confidence. As soon as he gets one innings where he’s hitting the ball in the middle again, he’ll just jump straight back onto that boat of relaxing and just playing his game.

“I think it’s very important that you don’t try and change the way Quinton plays, because if you start talking from a technical point of view to Quinton – he’s never played the game like that.

“It’s just the case that sometimes in cricket you’re in form and you’re on top and the runs come. Quinny is just at the bottom of the wave at the moment but I know he’ll fight back to get on top again.”