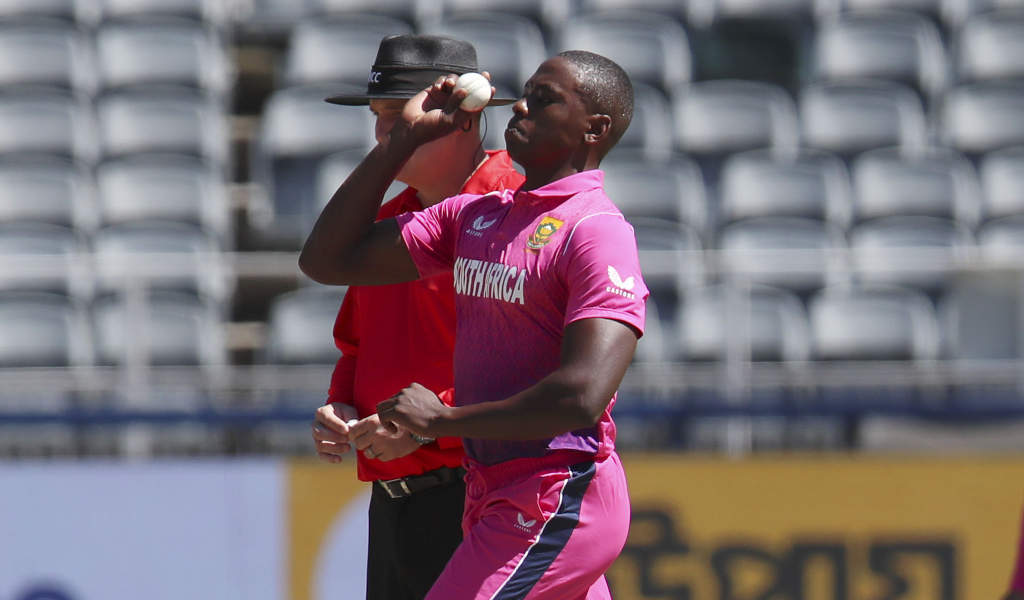 Kagiso Rabada enjoyed his outing in the second ODI against Bangladesh at the Wanderers, getting plenty out of the surface.

After Bangladesh put on 317 at SuperSport Park in the opener, the Proteas bowlers were eager to respond and found a willing ally in the bullring pitch.

Rabada said that he sensed early on that it could be a could day for the quicks.

The fast bowler would add that the Proteas wanted to show their trademark aggression but explained that the expression of that fire shouldn’t just be digging it in short.

Speaking as he received the man of the match award after South Africa beat Bangladesh by seven wickets, Rabada said: “After the first wicket where it hit a crack and reared up we felt we were in.

“In the recent past, Wanderers has given extra bounce with the new ball and not much thereafter but there was variable bounce today.

“With the ball gripping, our seamers did well to utilize it.

“You try to keep it as simple as possible.

“We can’t just go all out aggressive and it’s important to rely on your tactics.

“To rely on them and execute it is what we see as aggression and not bowling short.”

The skipper also lauded Quinton de Kock’s innings of 62 off 41 balls which put the Proteas well on top of the chase.

It seems that the bowlers, determined to make amends, convinced Bavuma to give them the ball if he won the toss.

“The guys sort of convinced me to bowl.

“Fortunately, the bowlers upfront did a good job and we were not put under pressure.

“The new ball could’ve been tough but Quinny (de Kock) saw it differently.

“These conditions are different from Centurion, which is a lot truer.

“We will take forward the confidence and momemtum from this game into the final game.”

The series will be decided back at Supersport Park on Wednesday 23 March.