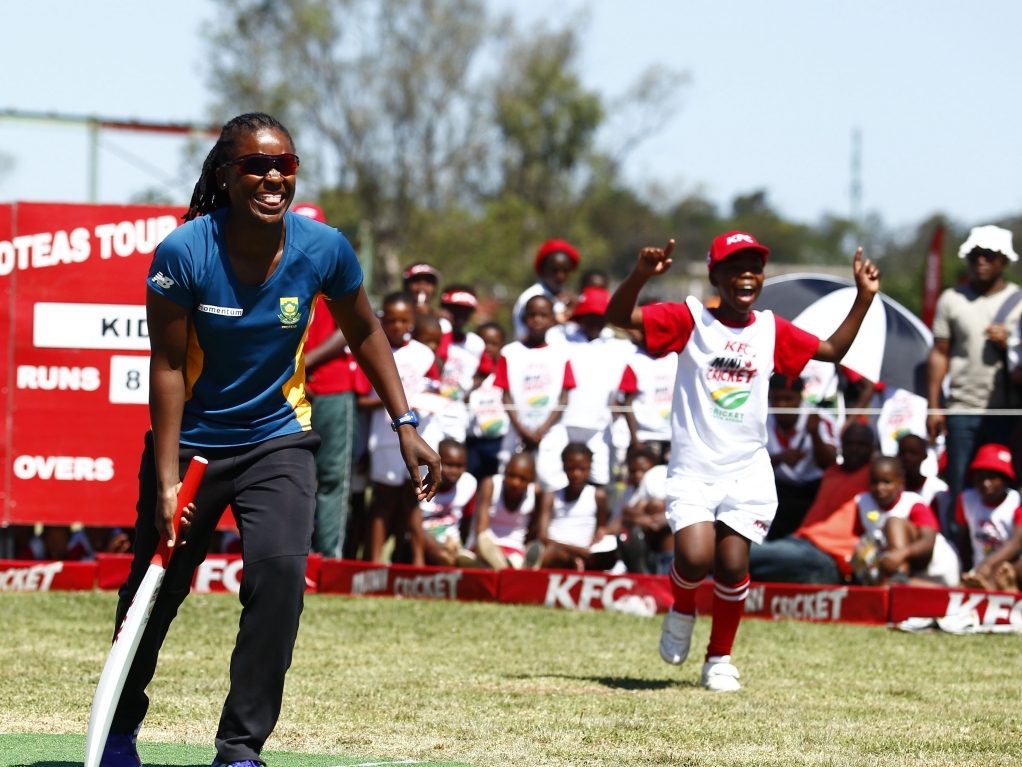 Friday, 29 October, saw the KFC Mini-Cricket kids vs Proteas tour match kick off in Mthatha, with the kids from Nomandi Junior Secondary School beating the Proteas by 46 runs and setting numerous records in the process.

The kids batted first and immediately showed their intentions. They batted well and scored the highest score ever in the KFC Mini-Cricket Kids vs Proteas tour or 87 mostly helped by Nnyukela Asipheand and Siveku Esethu who both scored 18 runs.

The Proteas were never in the game and continuously lost wickets. The kids had a potent bowling attack and never gave the Proteas a chance. The balls were all fast and directed at the Proteas feet. It was very difficult to score.

A Lone effort by David Wiese of 12 runs was all that the Proteas had to show but it was not good enough to beat the KFC Mini-Cricket Kids. The Proteas only managed 46 runs which is the largest winning margin in the history of the game.

Robert Thabiso once again being the poick of the kids by taking 1/1 in his over and was well assisted by Mchiza Luyolo who took 2/5.

The KFC man of the match was Robert Thabiso for his all-round performance.