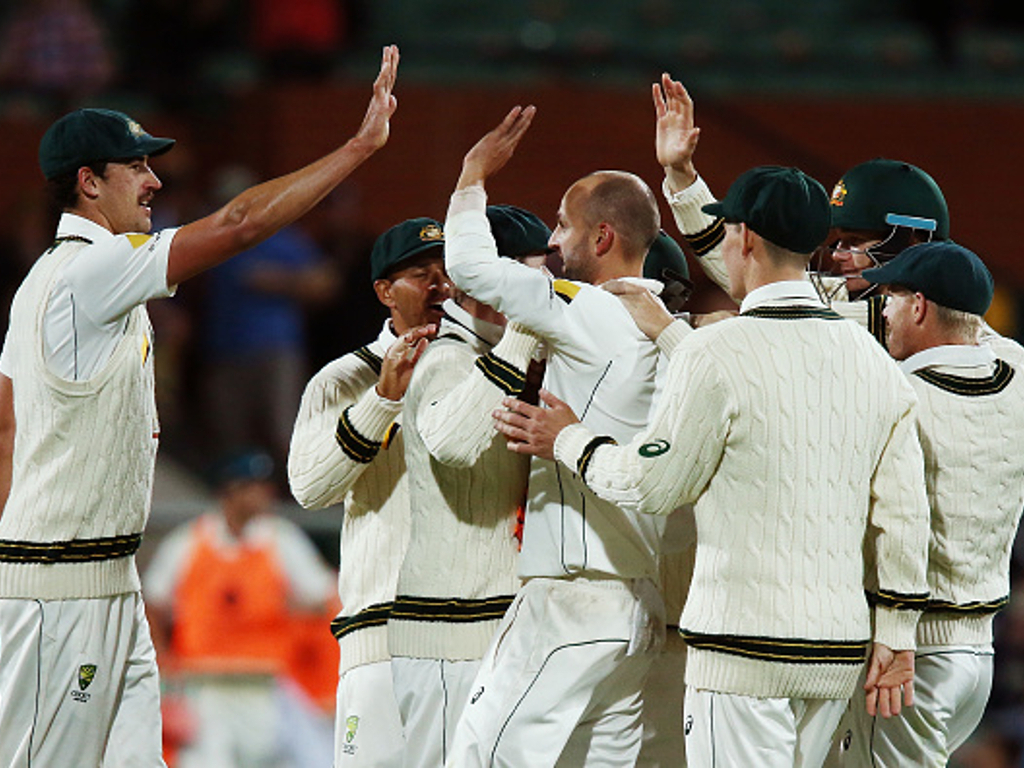 Australia pressed home their advantage on day three of the third Test against South Africa in Adelaide reducing the Proteas to 194/6 by the close.

The Proteas managed to build a slender lead of 70 but the loss of 6 wickets has hurt their quest to complete a first ever whitewash over Australia in their own backyard.

Earlier the Aussie tail wagged prodigiously as Mitchell Starc (53) recorded his seventh career half century with valuable contributions from Josh Hazlewood (11 not out), Nathan Lyon (13) and Jackson Bird (6) helping Australia add 56 for the last three wickets.

Kagiso Rabada had picked up the wicket of centurion Usman Khawaja (145) in the seventh over of the day and the Proteas would have been hopeful of knocking the Australian tail over cheaply but it wasn’t to be.

Kyle Abbott was the pick of the Proteas bowlers with figures of 3 for 49 from 29 overs.

Starc struck in the first over of the Proteas innings something he seems to have made a habit of doing this season with Dean Elgar departing after a stunning catch from Steve Smith.

Stephen Cook didn’t look at all at ease at the crease but he was nonetheless able to perform a key anchor role for the Proteas.

Hashim Amla might have been dismissed cheaply yet again but for a mix up between Matthew Wade and Matt Renshaw that saw the latter drop a sharp chance moving to his left.

Amla made 45 and put on 81 runs with Cook before Hazlewood snapped up his wicket for a fifth time in the series. No bowler has ever achieved this feat before.

JP Duminy looked out of sorts as well and struggled to 26 off 70 balls including a few streaky drives but he would play back to the turning ball from Lyon an be bowled leaving South Africa 131 for 4 just seven runs ahead of Australia.

Faf du Plessis was welcomed to the wicket by yet another chorus of boos but this time couldn’t rub salt into the wounds of the battered Baggy Green fans who have witnessed the thorough humiliation of their heroes this season.

The skipper was drawn into a loose drive by Starc and debutant Peter Handscomb took a sharp catch and he had to go for just a dozen.

Temba Bavuma (21) would have wanted to see the Proteas to the close but he threw his wicket away and then proceeded to throw away a review as well having been caught trying to sweep Lyon.

The spinner then got his third as nightwatchman Kyle Abbott was adjudged leg before for a duck in what ended up being the final over of the day.

Stephen Cook was the Proteas lone light as he ended the day unbeaten on 81.