Proteas caught up in ball-tampering controversy 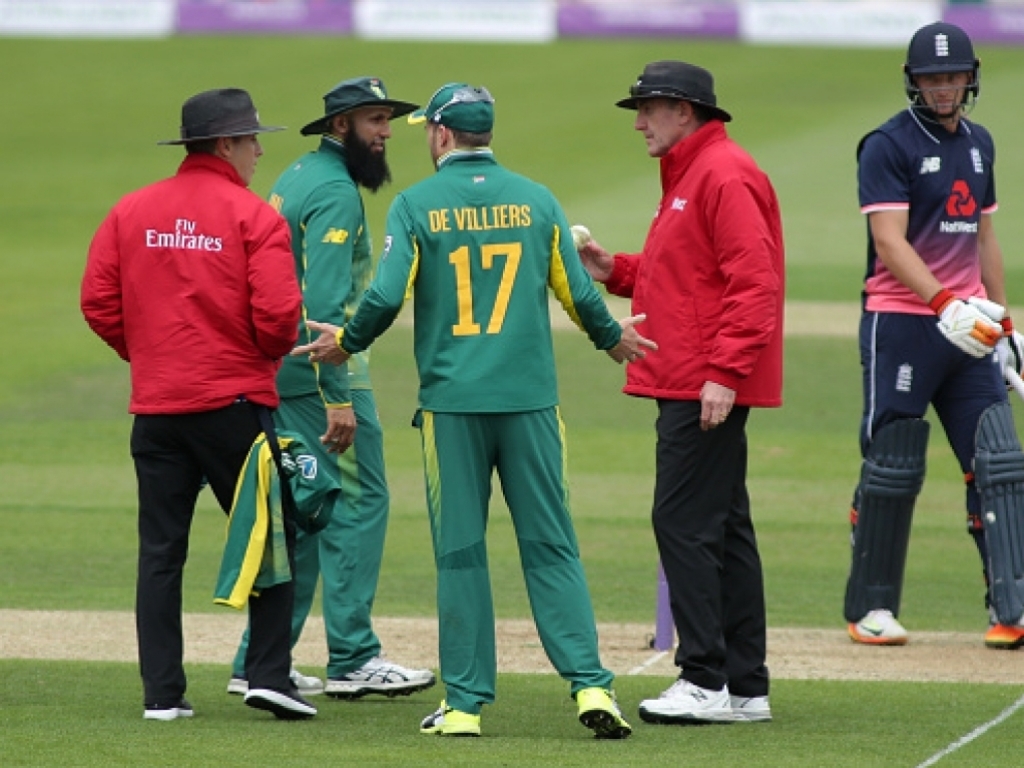 South Africa were caught up in a fresh ball-tampering controversy when captain AB de Villiers was questioned by the umpires about the condition of the ball during the second ODI against England on Sunday.

Umpires Rob Bailey and Chris Gaffaney asked De Villiers to explain the condition of the ball after the 33rd over of the innings, which was bowled by spinner Keshav Maharaj.

The ball-tampering allegation is a sore point for the Proteas as their Test series victory in Australia late last year was marred when skipper Faf du Plessis was fined his entire match fee after video evidence showed that he shined the ball with saliva generated from a mint sweet in the second Test in Hobart.

De Villiers said he was upset that the officials would asked him if his team had done anything untoward to the ball, insisting they had done nothing wrong.

South Africa went on to lose a close game by two runs to concede the three-match series to the hosts with one match left to play.

REPORT: England win a thriller to claim the series

Asked what he spoke to the umpires about during the game, the Proteas skipper said : “The umpires felt the condition of the ball changed, in a way making me feel we were responsible as a team.

“I was quite upset about that … (but) it’s done and dusted now. Nothing happened, there were no fines given or anything like that.

“I expressed I was quite upset about it. I told the umpires we had nothing to do with the condition of the ball … no further steps were taken … and we move on.

“Generally there is a warning or a fine, but none of that happened. That tells me they realised we were innocent in this case.

“I honestly think it was just a bad ball today … which happens sometimes, the leather comes off sometimes. Unfortunately, the umpires didn’t agree with that.”