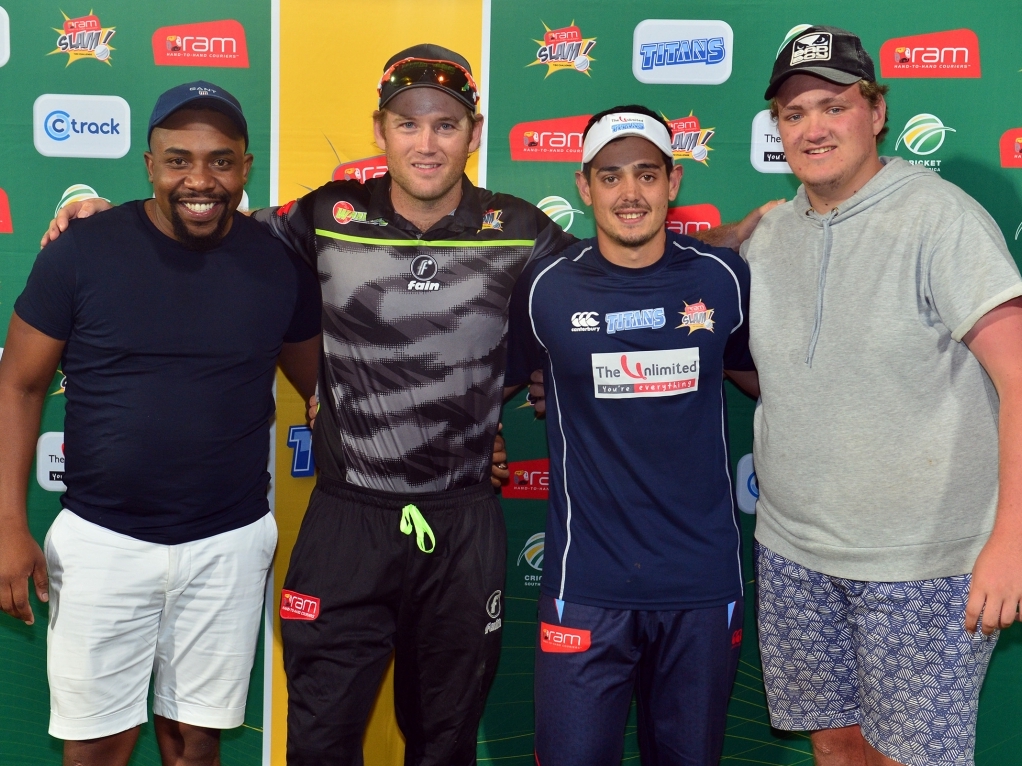 Just when the summer couldn’t get any hotter, the RAM SLAM T20 Challenge today bagged its first and second winner of the CATCH A MILLION competition.

“I am still in a state of shock and feel somewhat overwhelmed,” said the 30-year-old Shilubane who was watching the game with his brother and friends on the grassy, green banks just below the main scoreboard.

“I didn’t think of anything as the ball headed towards me. To be honest, it happened all so quickly – I am extremely happy and delighted.”

Ironically, today’s catches fell on the one-year anniversary of the first catch from the 2014 competition, won by Kallie van der Merwe, who admits to having the year of his life thanks to the RAM SLAM Catch a Million competition.

“There were two winners in my year, so the majority of my split went towards my future studies and investments. The rest I spent on a wonderful travelling adventure. I too was at today’s game and ran around trying to find Nkateko and Christiaan to congratulate them on a job well done.”

Nkateko will now wait in eager anticipation to see how many other catchers there are with whom he will need to share his winnings.

“Depending on how much I’ve won, I would love to take a holiday," he said. "I currently live in Mamelodi and don’t own a house. It is a dream of mine to one day own a home and I do hope that this win will help me with that. I just cannot believe my luck," he concluded.

Just a few hours after his successful catch, Nkateko learnt that he will have to share his winnings with a second winner – 18-year-old Christiaan Vlok who caught his six off Quinton de Kock,

“I only believed that I took the catch. when I turned around and saw that my dad had fallen off his chair out of excitement. I will use my winnings towards studying sport science at North West University next year. I would also like to buy my mom a new car.”

CSA Chief Executive, Haroon Lorgat, added his congratulations to the winners: “How exciting to have two winners on the same day. Congratulations to both our winners and I’m sure this will inspire others to attempt to get a share of the catch-a-million prize.  May I once again thank our competition sponsors, Ram Hand-to-Hand Couriers, for their backing of South African cricket and the creative ways in which they have supported the RAM SLAM T20 Challenge.

“Today’s double-header was a wonderful day of cricket attended by a large crowd who shared in the thrills and spills on the day.”