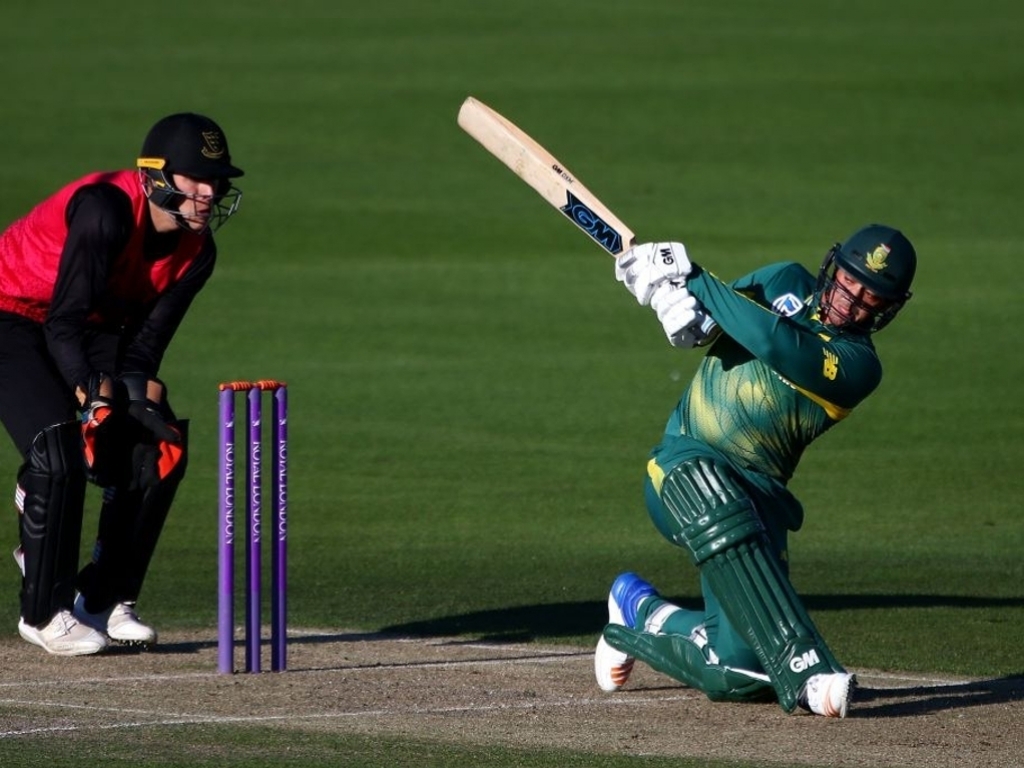 Quinton de Kock signalled his intent for the season with a 78-ball hundred in the Proteas’ 50-over warm-up match against Sussex County Cricket Club at Hove on Friday.

De Kock’s century, which included seven sixes and five fours, led the Proteas to a 66-run win in the rain-affected 32-over match.

De Kock (104 of 78 balls) and stand-in opener, Wayne Parnell (61 off 42 balls), set the platform for the Proteas’ imposing total of 289/4 with a spectacular opening partnership of 121 off 88 balls. The destructive left-hander – who was recently crowned as the SA Cricketer of the year – last played competitive cricket in March, but looked in impressive form ahead of a busy international summer. Parnell’s success at the top of the order in the absence of the rested Hashim Amla has given the coaching staff an unorthodox batting option should the need arise.

There were also notable contributions from stand-in captain JP Duminy (68 off 46 balls) and David Miller (25 off 20 balls) down the order, with most of the batsmen making good use of the match practice.

With the ball, Kagiso Rabada (2/26) and Parnell (1/33) made early inroads with the new ball, which stalled a tough chase for the home team. Harry Finch (62 off 59 balls) put in a spirited performance, but regular wickets and a rising run-rate left the hosts off the pace. It was a fruitful outing for the bowlers despite the reduced overs, with the pace quintet (Rabada, Parnell, Morkel, Pretorius and Phehlukwayo) and Keshav Maharaj (2/31) getting valuable mileage on the legs.

AB de Villiers was unavailable for selection due to a respiratory tract infection and will be monitored ahead of the second warm-up match on Sunday. The squad will play Northamptonshire in their final warm-up match ahead of the three-match ODI series against England starting at Headingley in Leeds on Wednesday.