Domingo: Still ‘tinkering’ to be done with Test team 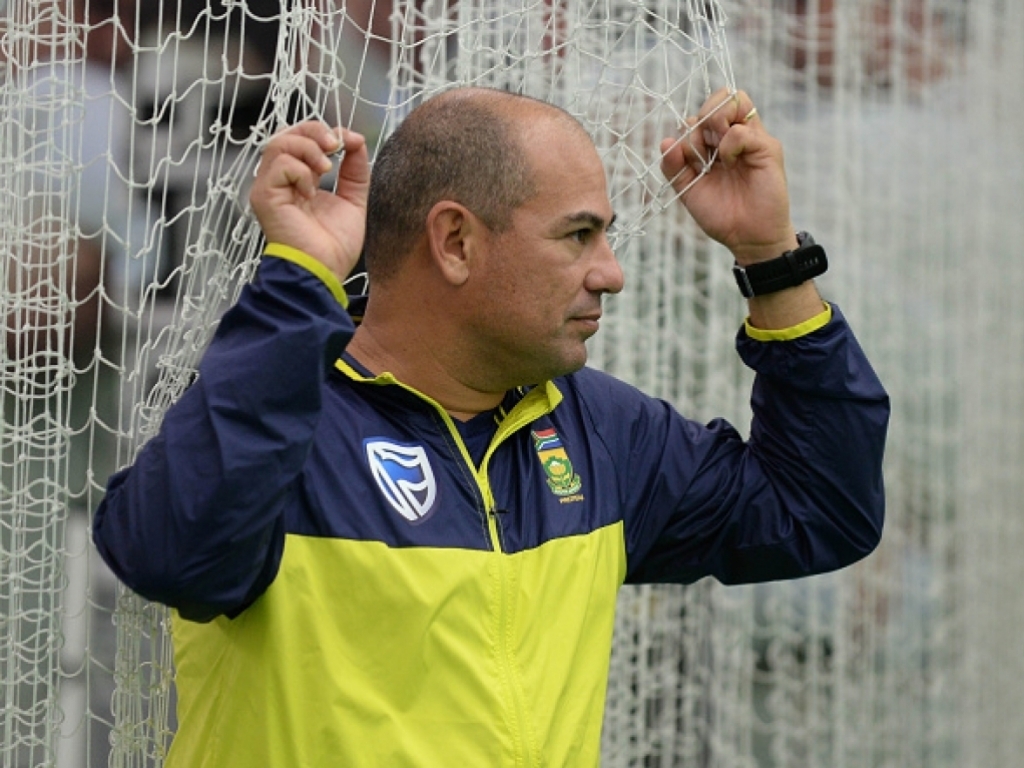 South Africa coach Russell Domingo admits his team are still searching for the right combinations in Test cricket as they seek to salvage a draw in the four-match series in England.

Currently two-one down in the series after the defeat at the Oval on Monday, the Proteas go into the fourth Test at Old Trafford on Friday with plenty of questions regarding their line-up.

On this tour the visitors have had an opening batsman make his debut, shuffled the middle-order and played an extra allrounder in search of the right balance to the team.

After the Oval Test, Domingo said: “There’s a lot of tinkering that still needs to take place.

“It might not have shown in this game but we’re getting a better understanding as to what the best XI will be going forward.”

Domingo also commented on the erratic performances of seamer Chris Morris, who came into the side for the second Test at Trent Bridge and has been expensive.

Morris conceded 5.75 runs an over in the third Test and relieved the pressure that was built up by opening bowlers Vernon Philander and Morne Morkel.

Domingo said of Morris: “I don’t think he’s a front-three seamer; he’s going to be your fourth seamer.

“In this particular game he had to play as your third seamer because of Vernon’s inactivity. So his overs are always going to be niceties to have.”