Home Top Story Steyn could be out of India series

Steyn could be out of India series 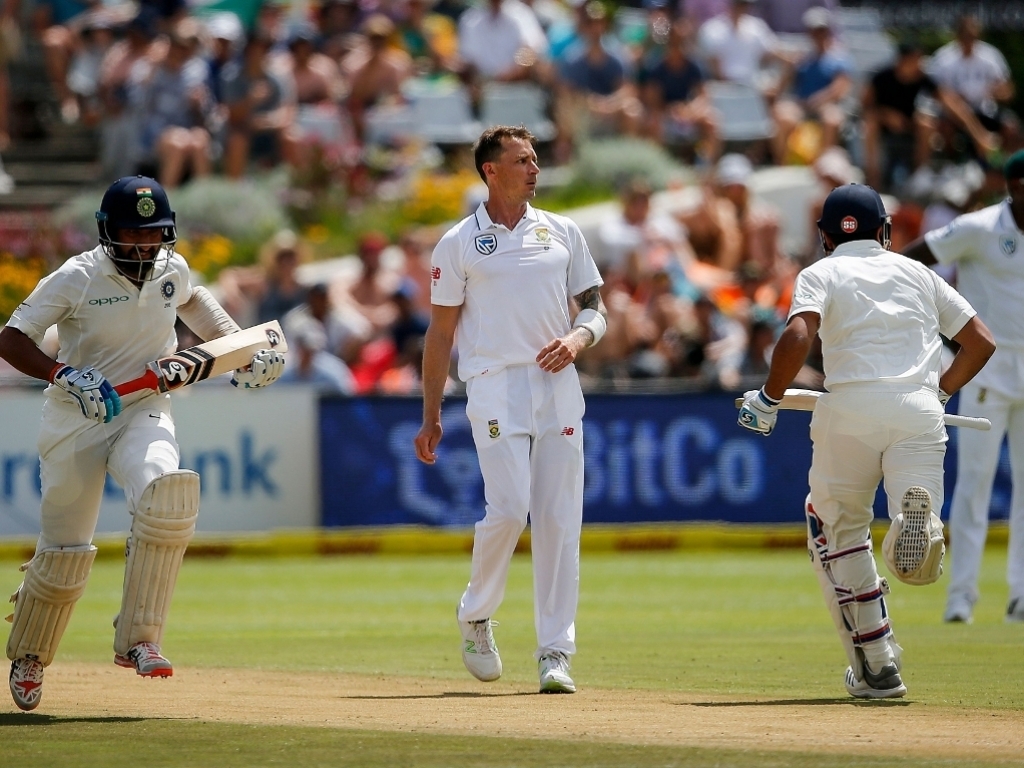 Proteas fast bowler Dale Steyn suffered yet another injury blow as he limped off during day two of the first Test against India.

The quick pulled up three balls into his 18th over having looked near his best picking up two wickets and bowling with good pace.

Steyn has a long history of injuries having broken down in the 2015 Boxing Day Test against England before a brief return at the tail end of 2016 ended with an injured shoulder in the first Test against Australia.

He had been due to return against Zimbabwe but illness kept him from reaching peak fitness for the historic day/night Test against their neighbours.

The injury is believed to be a bruised heel but could see Steyn sidelined for 4-6 weeks which would mean he would miss the rest of the Test series against India.

Speaking after play on day two at Newlands team manager Dr Mohammad Moosajee said: “As we all know during Dale’s 18th over in his delivery stride he unfortunately landed awkwardly in the footholes and this caused a significant strain to the foot, leading to tissue damage on the underside of the foot in the heel area.

“He is unlikely to bowl in this Test match because the recovery period for this could be anything from four to six weeks, which means he could be out for the series.

“But what we will do is get one of the leading ankle surgeons on CSA’s medical committee to have a look at him tomorrow to give us an opinion.

“It is important to note that this type of injury is freakish because of the way his foot landed in the footholes.

When asked what can be done to help Steyn recover quicker Moosajee simply indicated that he would need rest.

He said: “Generally you need rest but once we get the opinion of the specialists we will see if there is anything else that can be done.”