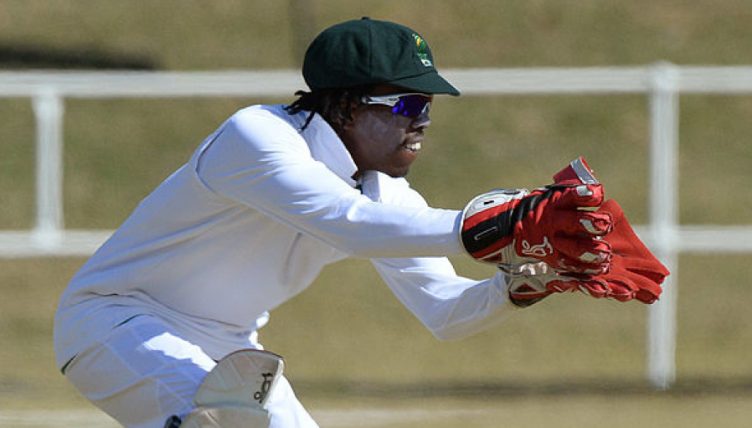 Former South Africa wicketkeeper Thami Tsolekile says that the investigation that saw him handed a 12-year ban was unfair and racially biased.

“Firstly, I apologise to my family, community, sponsors, cricketing world and – most importantly – to the public for being implicated in match-fixing,” Tsolekile told the Marawa Sport Worldwide podcast.

“But I think the people of South Africa deserve to know the truth and my story, which has been haunting me for the last five years. A lot of the guys have been barking. It’s now my time to bark.

“I’m here to speak the truth. The people of South Africa need to know the untold stories.”

Tsolekile claims that while he is guilty of match-fixing, CSA’s investigators totally missed the boat on the amounts he received and even when he took them. The former wicketkeeper described the investigators as ‘clueless’.

“I was very co-operative during the match-fixing investigation,” Tsolekile added.

“They came to my house. They searched my house. I gave them my bank details. They took my phone. Even today, though, they don’t have any facts. They are clueless.

“They claimed I took R75,000 [£3,000 approx] at The Grand. The Grand has cameras everywhere. There were no signs that I took money there.

Tsolekile hinted that he would soon divulge further revelations.

“I will expose a lot of people, but not all of them. The investigation was not fair,” the former cricketer said.

Perhaps the most explosive revelation made by Tsolekile on the podcast was his accusation that CSA investigators deliberately shielded white players allowing Tsolekile and supposed ring-leader Gulam Bodi to take the fall.

Both players remained contracted to the Dolphins franchise up until the 2019/20 season, and Frylinck played three T20Is between 2017 and 2018.

“Frylinck was also involved in this. He did a game in the Champions League Twenty20, according to Bodi. But Frylinck, as an ex-Proteas player, he is still playing, and I am not.”

Frylinck was recently accused of punching former Dolphins teammate Aya Myoli on the team bus in a racially motivated attack which management allowed to slide.