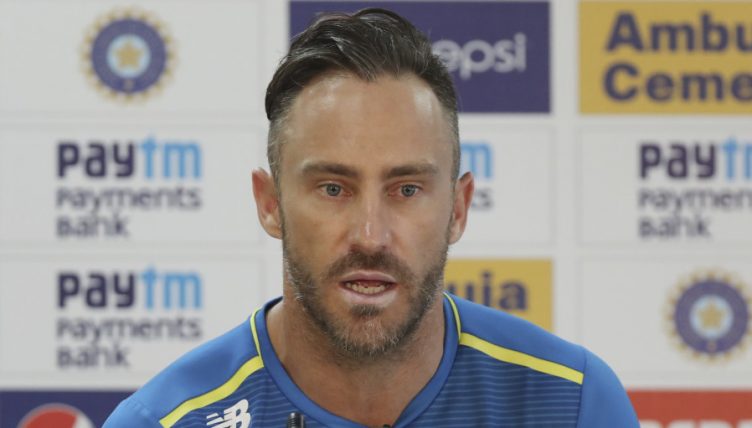 South African Test captain Faf Du Plessis has revealed a lengthy list of reasons behind the team’s startling decline in the longer format, with the latest 3-0 whitewash at the hands of India a new low point for the Proteas.

Many sides will taste defeat at the hands of this current Indian team, but two innings losses and a 203-run defeat have sparked debate at how and why the South African team has declined so rapidly.

Less than two years ago, the Proteas defeated a feisty Australian team 3-1 in a series that became infamous for the antics of the visitors, and were ranked the number one Test team as recently as 2015.

Fortunes in recent times have taken a drastic turn, however, with the team failing to register a win in their last five Tests and questions being asked about their ability to dig in at crucial times and see off pressure.

A number of factors have combined to spark the decline, including key retirements, the impact of the Kolpak rule and a lack of planning for the future from the team’s hierarchy.

Speaking on the losses of superstar batsmen Graeme Smith, AB de Villiers and Hashim Amla, as well as veteran fast bowlers Morne Morkel and Dale Steyn, Du Plessis said: “If you look back three or four years and someone had the vision of saying that in three or four years’ time there will be a lot of experienced guys who could retire, what do you do to make sure you get yourself ready for when that time comes?”

“Possibly we are guilty for not planning for all of these guys going at the same time,”

“We could have been a little bit smarter in the planning phase and the phasing out of the great players.”

The Kolpak rule has had the double effect of weakening the domestic game in South Africa, while also removing key options such as Duanne Olivier and Kyle Abbott from international contention.

“Your top players domestically are going overseas, so you are missing out on a lot of your best players, a talent pool that is all of a sudden a lot smaller.

“And the gap between domestic cricket and intentional cricket – there needs to be things put in place to make sure you can address that a little bit better,” said via Reuters.

The road to recovery appears to a be a long and winding road for Du Plessis and the South Africans, and the skipper is under no illusions that the journey will take considerable time.

“It’s a tough place to start, right at the beginning. Obviously, in a perfect world, you will start somewhere in the middle, change one or two players and that period takes a little bit shorter.

“But the position we find ourselves in now, with a lot of experience out of the Test team, that process will probably take a little bit longer.”