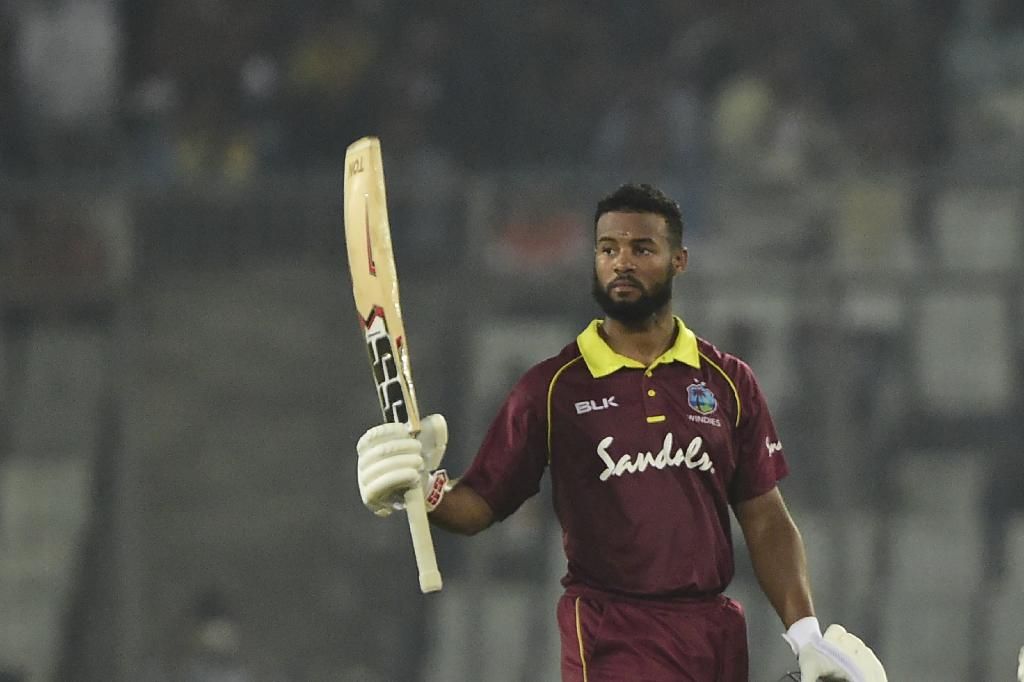 Shai Hope played a spectacular knock of 146 not out off 144 balls to guide West Indies to a four-wicket victory over Bangladesh in the second ODI in Dhaka and brought the series level at 1-1.

Hope’s knock, his third ODI ton, helped the Windies chase down a target of 256 with two balls to spare and ensure the series goes to a decider that will be played in Sylhet on Friday.

The magnitude of Hope’s innings was significant as the second top score was only 27 by Darren Bravo while Marlon Samuels contributed 26.

Hope shared in a 65-run partnership for the second wicket with Bravo and then in a 62-run stand with Samuels as the visitors looked comfortable at 132/2 with 20 overs still remaining.

However, the West Indies suffered a mini collapse as they lost four wickets for just 53 runs in nine overs.

Hope and Keemo Paul (18 not out) though put the game to bed with an unbroken stand of 71 with Hope displaying some splendid hitting power towards the end to seal the game.

Earlier, the Tigers posted a total of 255/7 in their 50 overs with three players hitting half-centuries.

Tamim Iqbal (50), Mushfiqur Rahim (62) and Shakib Al Hasan (65) reached milestones but will be disappointed that they failed to kick on and get a bigger score as the hosts looked for a total of closer to 300.

West Indies fast bowler Oshane Thomas certainly hurried some of the home team’s batsmen and finished with figures of 3-34 in 10 overs.