Spectators evicted from MCG for racist chanting to India players 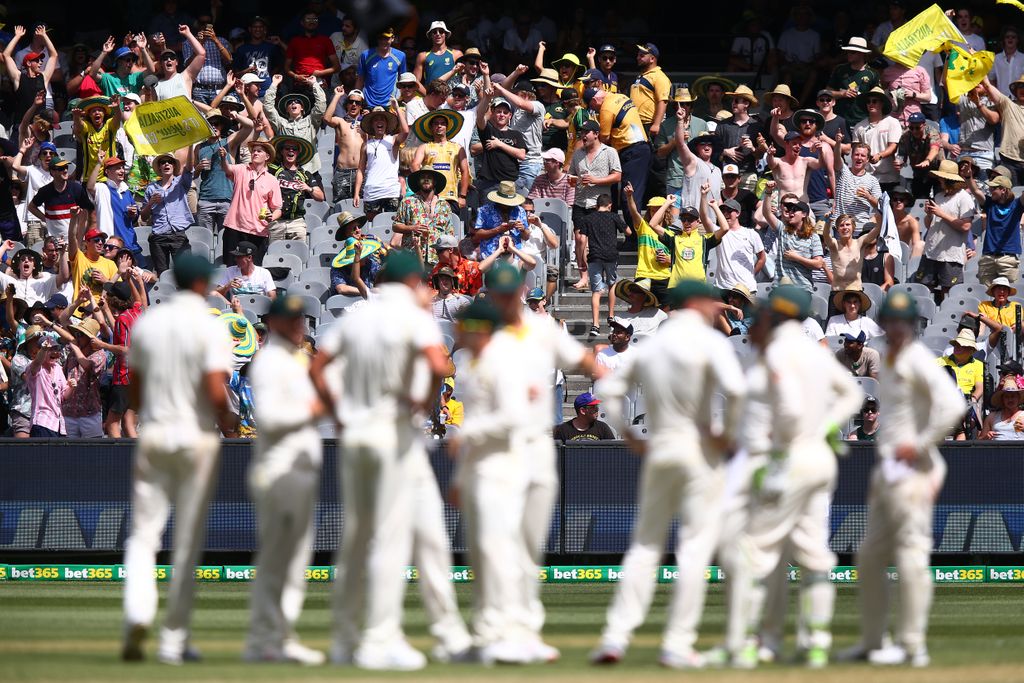 A few Australian fans were evicted from the MCG during the third day’s play of the Boxing Day Test against India due to racist chanting aimed at India players.

Chants of “show us your visa” were heard coming from the famous Bay 13 at the MCG with some spectators from different parts of the ground raising complaints for taunts that were racially motivated.

The ESPNcricinfo publication obtained footage of the crowd making the chant and passed it on to Cricket Australia (CA), who in turn passed the video on to Victoria Police and stadium management.

A CA spokesperson said: “Cricket Australia takes a zero tolerance stance against any form of abuse or racial vilification at any of our matches, whether it be towards fans, players, or staff. Fans are able to report this to stadium staff or security. Victoria Police and MCG stadium security monitored the behaviour of the crowd in a section of the stadium today and evicted several fans for inappropriate behaviour.

“They will continue to monitor the area for remaining days of the Test.”

CA’s ticket and entry conditions expressly prohibit any sort of racist taunting, stating in part: “I will not engage in any conduct (whether through the use of language, gestures or otherwise) which is likely to offend, insult, humiliate, intimidate, threaten, disparage or vilify any other person (including any player, match official, other official or other patron) on the basis of their gender, race, religion, culture, colour, sexual orientation, descent or national or ethnic origin.

“If I fail to comply with this condition, I may be refused admission to, or evicted from, the Venue by any Authorised Person without refund or compensation of any kind; and I must deliver up any and all Tickets that I have in my possession at the request of an Authorised Person.

“In addition, I acknowledge that the failure to comply with this condition may result in the imposition of other sanctions (such as being banned from the Venue in the future) and possible further action including criminal prosecution.”