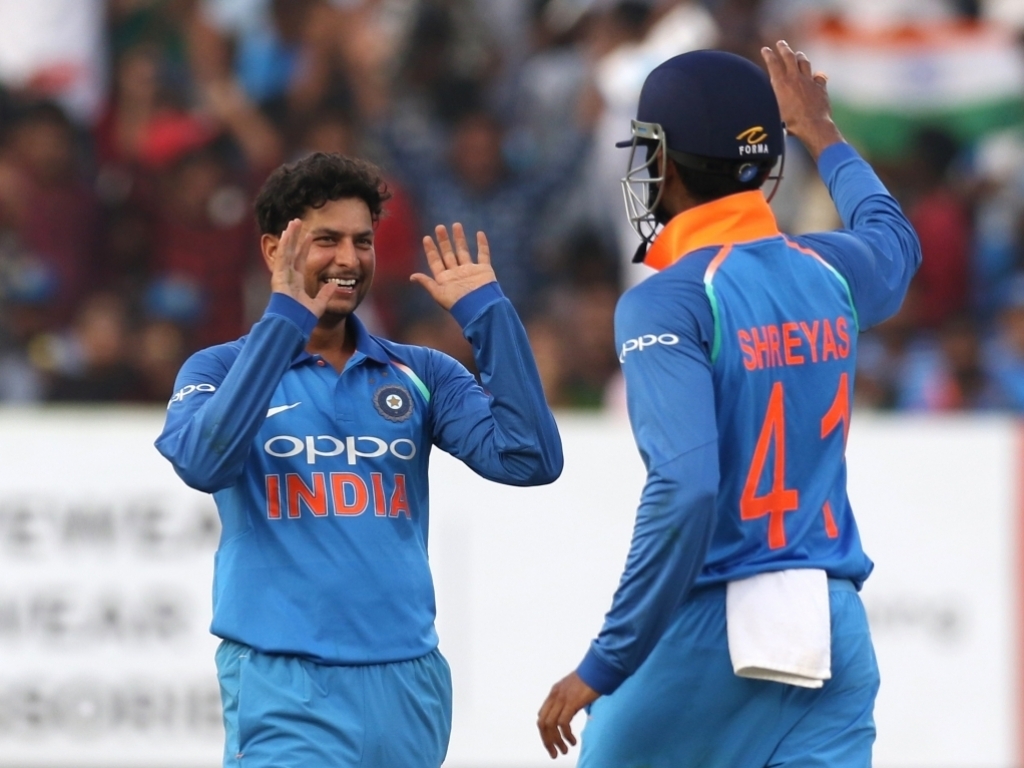 Spin twins Kuldeep Yadav and Yuzvendra Chahal took six wickets between them to lead India to an eight-wicket victory in the third and final ODI against Sri Lanka and a two-one series win.

Left-arm spinner Kuldeep captured 3-42 while Chahal took 3-46 as the home side, who had won the toss and elected to field, restricted Sri Lanka to 215 all out in Visakhapatnam on Sunday.

The visitors were cruising along at 160/2 after 27 overs with Upul Tharanga (95) and Angelo Mathews (17) at the crease but Kuldeep sparked the collapse as he had Tharanga stumped by MS Dhoni.

Wickets then continued to tumble as the tourists couldn’t get out of the hole they dug themselves in and they were eventually bowled out with more than five overs still to go in their innings.

India lost their skipper Rohit Sharma (7) early in the chase, bowled by spinner Akila Dananjaya, but Shikhar Dhawan and Shreyas Iyer added 135 or the second wicket to virtually kill off any Sri Lanka hopes.

Iyer was out for 65, to the bowling of Thisara Perera, but at 149/2 India were cruising to victory.

Dhawan reached his century off 84 balls and was exactly 100 not out at the end as he and Dinesh Karthik (26 not out) took their country over the line in the 33rd over.

The teams will now play a three-match T20 series starting in Cuttack on Wednesday.