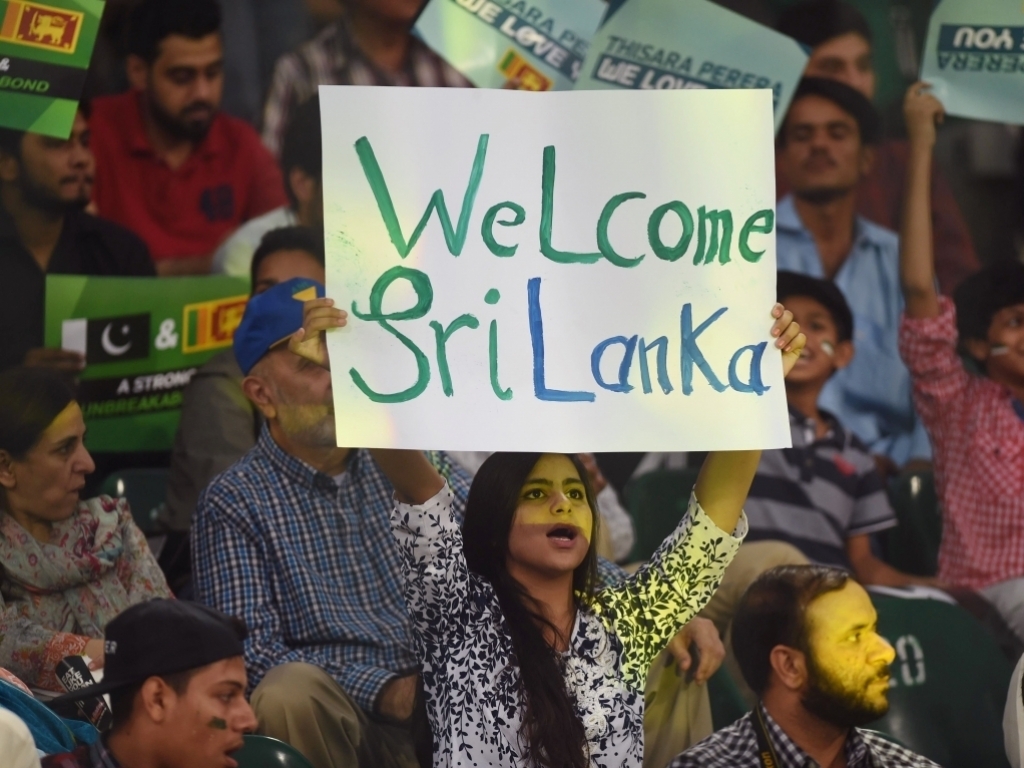 Sri Lanka Cricket president Thilanga Sumathipala has vowed to always support Pakistan in their efforts to get regular international cricket back to the country.

The Sri Lanka side were the first top side to play an international match in Pakistan on Sunday with the hosts winning the third T20I of the series in Lahore to seal a clean sweep.

The visitors were given presidential security arrangements with the game going off without any major incidents and Sumathipala said Pakistan stood by his country when they were facing tough times.

Sumathipala told reporters in Lahore: “Since we have experienced more than 30 years of war, we know what isolation means.

“We have gone through more than 30 years of war in Sri Lanka, but Pakistan has never cancelled a single game of cricket which we agreed to play against each other in Sri Lanka.

“There are various [types of] people. We appeal to them to keep children, women, religious places and sports aside. Leave us alone, let us play our game of cricket in peace and harmony.

“We want to enjoy the game of cricket and give everyone opportunities and a chance to share our happiness in the game.”

It was significant that Sri Lanka played in Pakistan as they were the last top side to tour the country in 2009 when gunmen attacked their team bus.

Sumathipala continued: “Good or bad, Pakistan cricket and the government of Pakistan have stood by Sri Lanka.

“This is not a matter of just government. As you all understand, since the last incident was against Sri Lanka, the sentiments were quite different. We thought we should take the initiative and support Pakistan cricket.

“If Pakistan is weak in cricket, Asian cricket will be weaker and that will make world cricket weaker and weaker. Your strength is our strength and it’s our responsibility to look after each other. We strongly believe in that.”