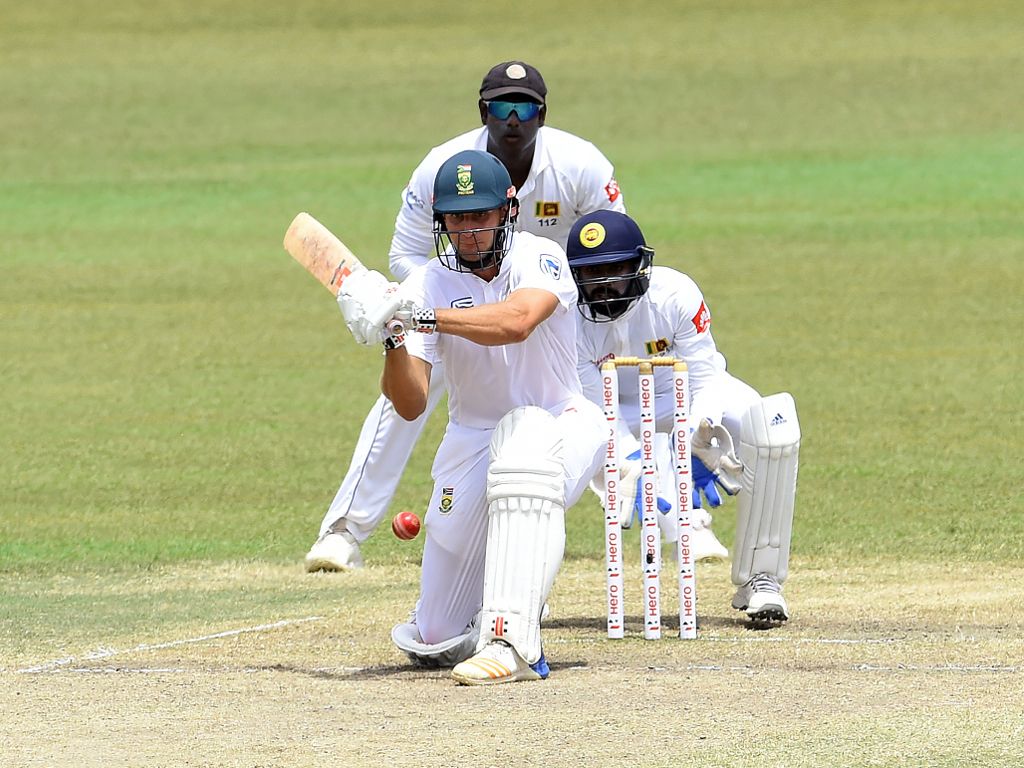 Sri Lanka completed a convincing 199-run demolition of South Africa at the Sinhalese Sports Club in Colombo, wrapping up a tidy 2-0 clean sweep of this short Test series.

A maiden Test century by number-three Theunis de Bruyn (101) gave the visitors’ second-innings total a semblance of respectability but, in the greater scheme of things, the handsome knock represented little more than the last kick of a dying horse.

South Africa were bowled out for 290 in pursuit of 490 runs for an extremely unlikely Test victory in conditions where the home side has dominated every session of the series, bar this morning’s one where De Bruyn and Temba Bavuma (63) became the side’s first batsmen to notch half centuries during the series.

The series outlined the extent to which home conditions are so valuable in general, and to these two Test sides in particular. Sri Lanka will visit South African shores in early 2019 and nobody would be surprised if the home side were to exact a clean sweep revenge on the green seaming wickets in that country. Sri Lanka did also win good tosses and bat first in both of the Tests during this series. 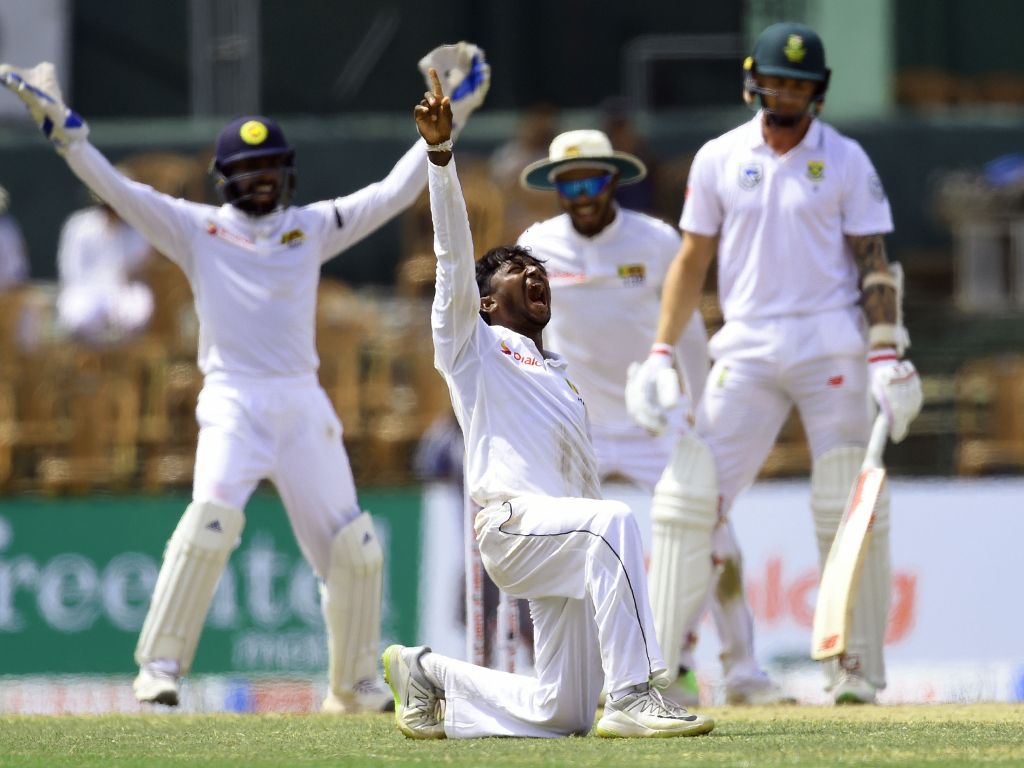 Sri Lanka’s spinners took all 20 of the South African wickets in this match, and 37 of their 40 wickets in the series.

However it would be churlish to take anything away from Sri Lanka’s first Test series victory against this opposition since 2006, when the scoreline was also 2-0 to the home side. Sri Lanka have better spinners and are better equipped to face spin bowling but it cannot be said that this wicket was a minefield – indeed they showed that it was not by scoring 613 for 15 on the same surface.

South Africa began the day 139 for five chasing 490 for victory and the match was widely expected to be completed by lunch, but the maturity and skill of de Bruyn and Bavuma frustrated Sri Lanka’s barrage of bowlers as the pair batted positively for nearly 40 overs and mustered a 123-run sixth-wicket partnership. The stand was the highest for any wicket by South Africa in the second innings in Asia.

Bavuma and Quinton de Kock (8) fell shortly before lunch to undo the defiant resistance and the faintest glimmer of hope that South Africa might survive the contest faded into darkness.

South Africa did not survive long after lunch as De Bruyn fell soon after reaching his hundred, in his sixth match, and 40-year old Rangana Herath (6-98) mopped up the tail to complete a thorough thrashing with four and a half sessions still left in the match.

After the match, Faf du Plessis told reporters, “We are improving as a team and are trying to get better but we weren’t good enough.

“Nothing was wrong with the pitches – from a skill point of view, we just need to get better.

“Team’s look to optimise their home conditions so we will do the same when they come to SA. All countries find it difficult to tour the subcontinent – it is a world issue.” 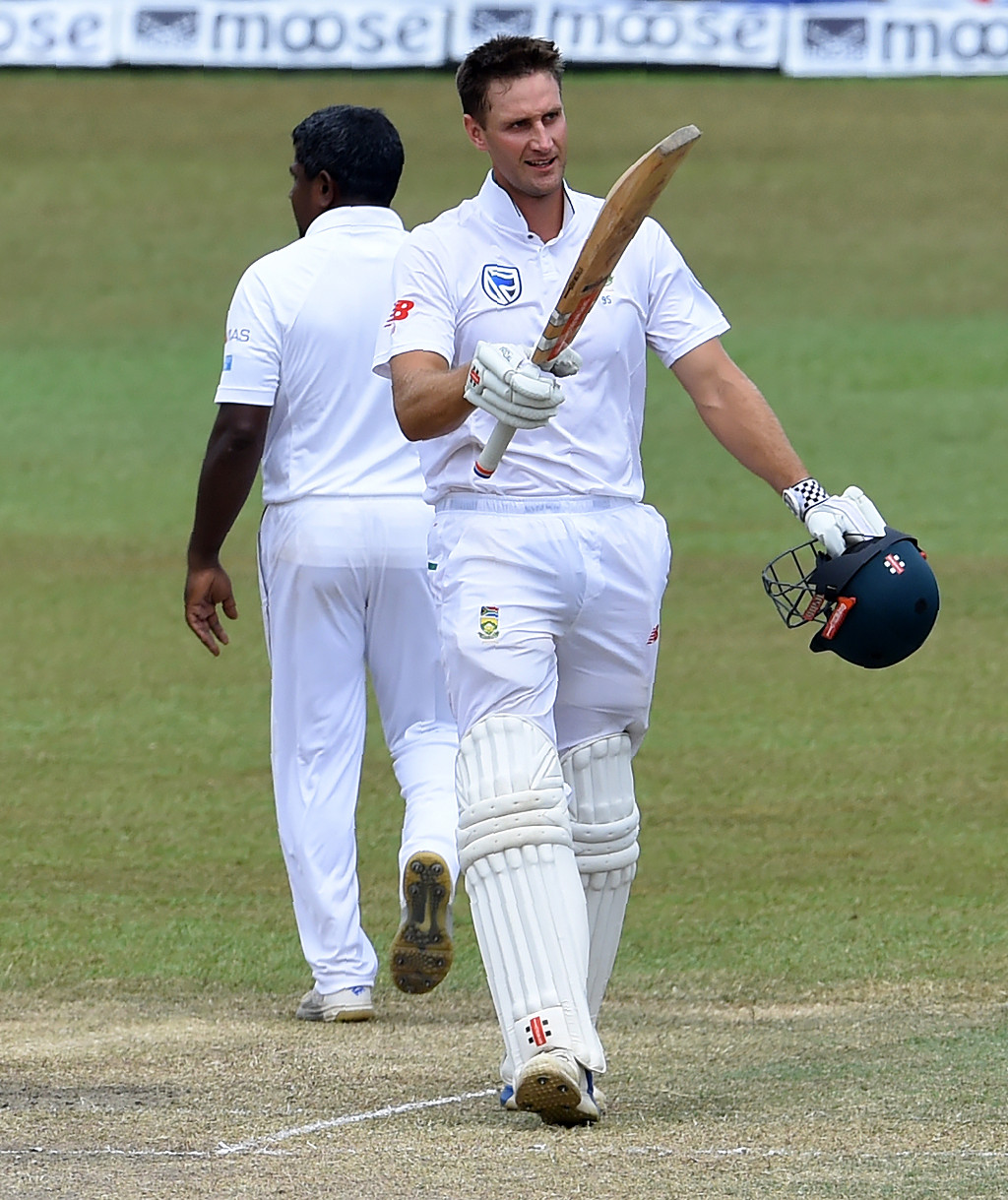 Theunis de Bruyn explained that his international career had not got off to a dream start but that he knew he would be given another chance here and that when he landed at the Colombo airport he felt a sense of quiet and confident calm as he “looked out of the window and towards the sea” and thought that just maybe this would be his time to succeed. Succeed he certainly did today and after this inning the tall batsman has certainly guaranteed himself a considerable stint in the team setup.

It was hard to know what Suranga Lakmal said at the press conference because he spoke extremely quickly and in Sinhalese, but he looked to be proud as punch of his charges.

And so ended a Test series that gave Sri Lanka a decisive victory and taught South Africa and coach Ottis Gibson a thorough lesson in life after AB de Villiers. If the Proteas management could go back in time then I have little doubt that they would have spent an extra week or two on the subcontinent, adapting to the foreign nature of the turning wickets. Playing three seamers and only one spinner in this Test, especially after Shamsi bowled well in Galle, is another decision they will surely rue. In all, it was a tasty little serving of a Test series for the neutral.

For Sri Lanka, a side that has had poor results since the retirement of Sangakarra and Jayawardene, hope of a resurgence has delighted this wonderful little cricket-mad island. And in a world where the best Test sides have been dominating the second tier likes of Sri Lanka and the West Indies, that can only be a good thing.