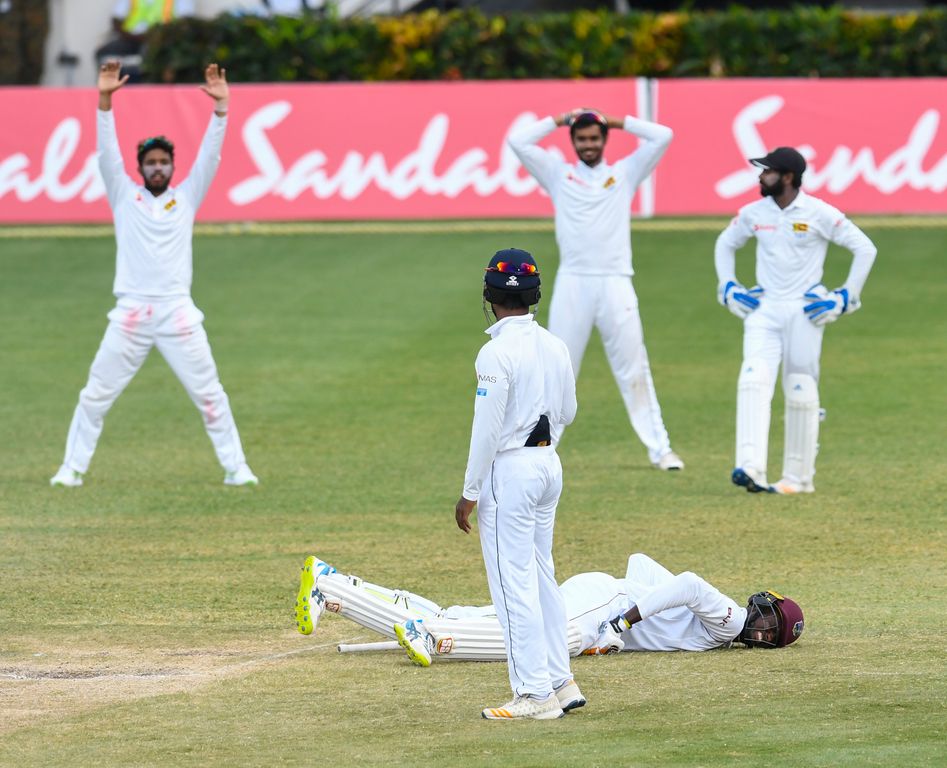 Shannon Gabriel recorded the third-best bowling figures in a match by a West Indies bowler as the home side drew the second Test against Sri Lanka in St Lucia on Monday.

Gabriel recorded figures of 8-62 in the second innings to add to his five in the first innings to finish the game with figures of 13-121, second only to Courtney Walsh and Michael Holding.

The right-armer also reached the landmark of 100 Test wickets in the process of his record-breaking feat.

The Windies paceman’s efforts saw Sri Lanka being bowled out for 342 in their second innings early on the final day to set the West Indies a daunting target of 296.

The hosts got off to the worst possible start as they lost Devon Smith (1) and Kieron Powell (2), both to debutant seamer Kasun Rajitha, to be 8/2.

Opening batsman Kraigg Brathwaite and Shai Hope restored some parity as they took the total to 25 before Hope was hit in the ribs and forced to retire in some discomfort.

Roston Chase (13) had his stumps castled by seamer Suranga Lakmal while Hope returned to score 39 but was then out to the same bowler.

Akila Dananjaya had Shane Dowrich (8) caught at slip and Sri Lanka had the Windies in trouble at 117/5 but, sensing a series-levelling win, rain and then bad light forced the match into a draw.

The Windies eventually ended on 147/5 with Brathwaite unbeaten on 59 and his skipper with him at the crease on 15 when the game was called off.

Sri Lanka will now need to win the day/night Test, the first to be played in the Caribbean, from Saturday to draw the three-match series.