Home Countries Sri Lanka escape with a draw in Kolkata

Sri Lanka escape with a draw in Kolkata 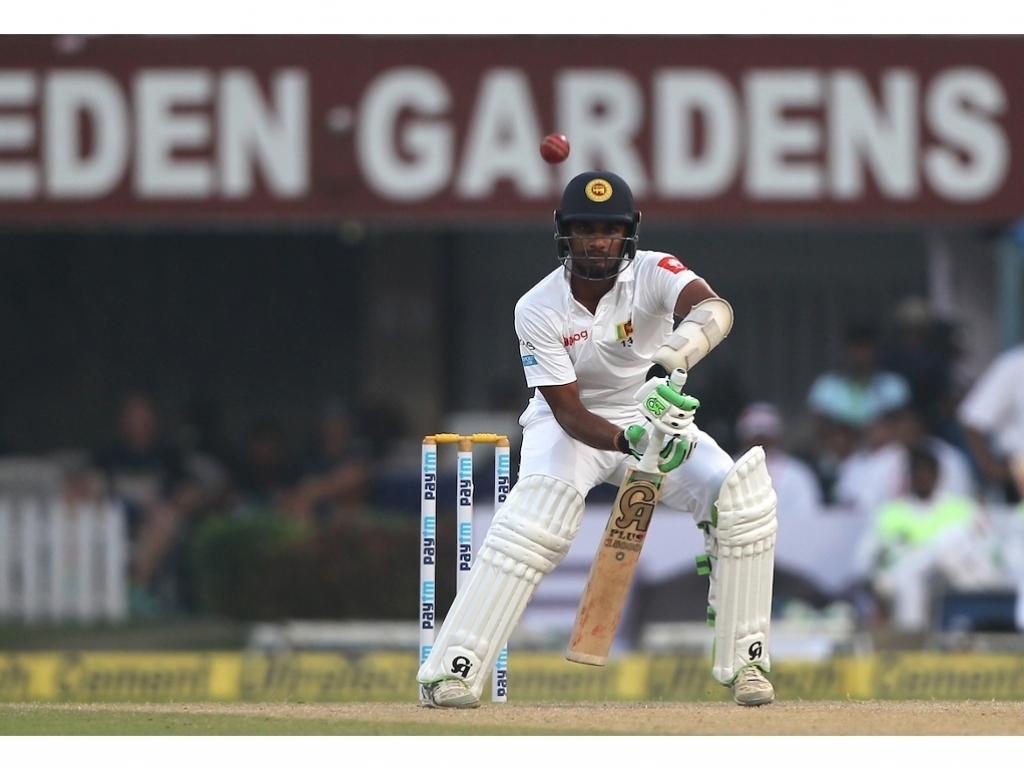 Sri Lanka lost seven wickets on the final day of the first Test against India at Eden Gardens but bad light allowed them to escape with a draw.

Earlier a Virat Kohli century wrestled control of the match from Sri Lanka who had been on top since winning the toss and electing to bowl first on a juicy pitch.

India had begun the day 171 for 1 and set out to put the game beyond Sri Lanka which in hindsight perhaps cost them the victory.

Kohli (104*) would marshal the tail well though on his way to his fiftieth international century for India. The India skipper is now halfway to levelling Sachin Tendulkar’s ‘unbreakable’ record of 100 international tons.

Sri Lanka soon found themselves on the back foot against the India quicks after Kohli’s declaration left them needing to bat until the close or, as it turns out, for bad light to stop play as it had done on every preceeding day.

Bhuvneshwar Kumar (4/8) and Mohammad Shami (2/34) made life difficult for the tourists as wickets tumbled in a chaotic final session.

The 47 run stand between Dinesh Chandimal (20) and top scorer Niroshan Dickwella (27) proved to be match saving arresting a top order collapse and protecting the tail for just long enough.

Bhuvneshwar earned man of the match for his eight wicket match haul.

After accepting his award Bhuvneshwar said: “Frankly speaking, it was tougher to bowl in the second innings as the surface was a lot drier.

“But the ball was reversing, so that helped. When I made my debut, I was totally dependent on swing. International circuit tells you what you need to improve on.

“I worked hard on my fitness and that is paying off. We believed we could win. Virat said ‘Imagine we’re in this situation overseas. If we get two-three wickets early, it won’t be easy for them.'”