Sri Lanka fight back in St Lucia but playing ‘under protest’ 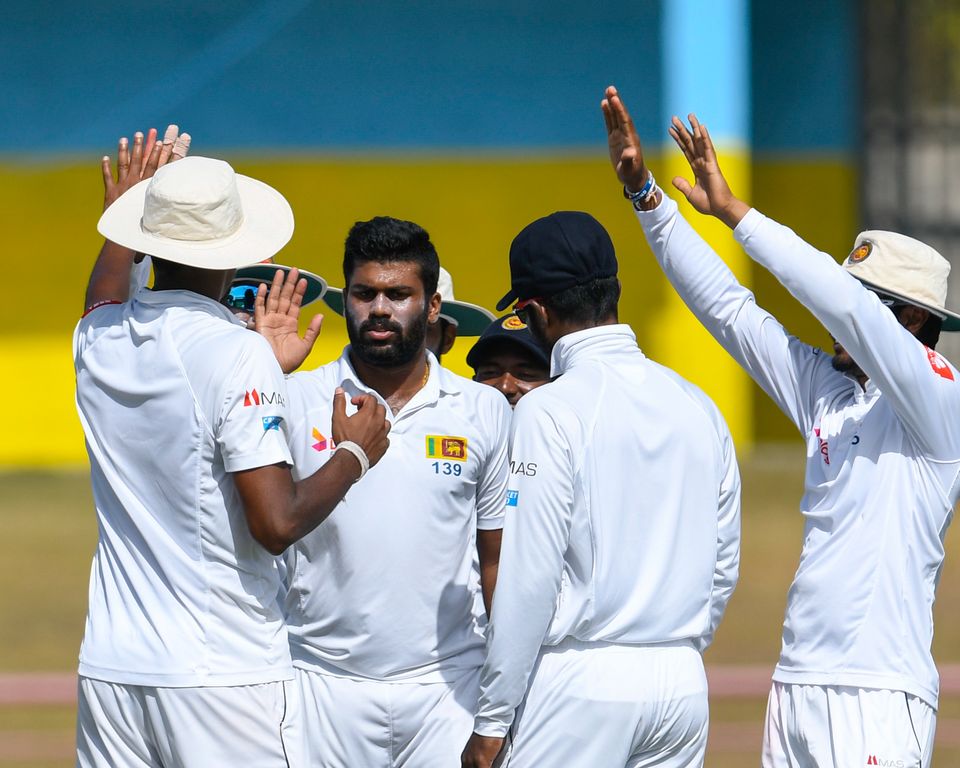 Sri Lanka agreed to keep playing the second Test against West Indies on Saturday “under protest” after initially only taking the field more than two hours after the scheduled start because of a ball-tampering row.

Play only resumed after two hours when the Sri Lankans, led by captain Dinesh Chandimal, had refused to take the field following a decision by umpires Aleem Dar and Ian Gould to charge the tourists with altering the state of the ball during the latter stages of the second day’s play.

They were assessed five penalty runs although that relatively minor punishment was inconsequential compared to the Sri Lankans’ obvious anger at being accused of what amounts to cheating.

It appeared for some time that the day’s play at least, and possibly the match – might be in doubt.

However, it was after these deliberations that the Sri Lankans agreed to the change of ball and to continue playing.

The SLC statement said: “The team management has informed us that Sri Lankan players have not engaged in any wrongdoing,” said SLC.

It was communication with the board in Colombo which finally persuaded Chandimal and his team to continue with the match.

“SLC advised the team to take the field to ensure the continuity of the match and wish to commend the decision taken by the team ‘under protest’ to ensure the upholding of the spirit of the game.”

When play did eventually resume in St Lucia, the tourists did well to bowl the Windies out for 300, the hosts taking a lead of 57 after both teams batted their first innings.

Fast bowler Lahiru Kumara was the best bowler for Sri Lanka with figures of 4-86 while debutant Kasun Rajitha took 3-49.

The visitors were 34/1 at stumps on day three as they lost Kusal Perera (20) late in the day and still trail by 13 runs.