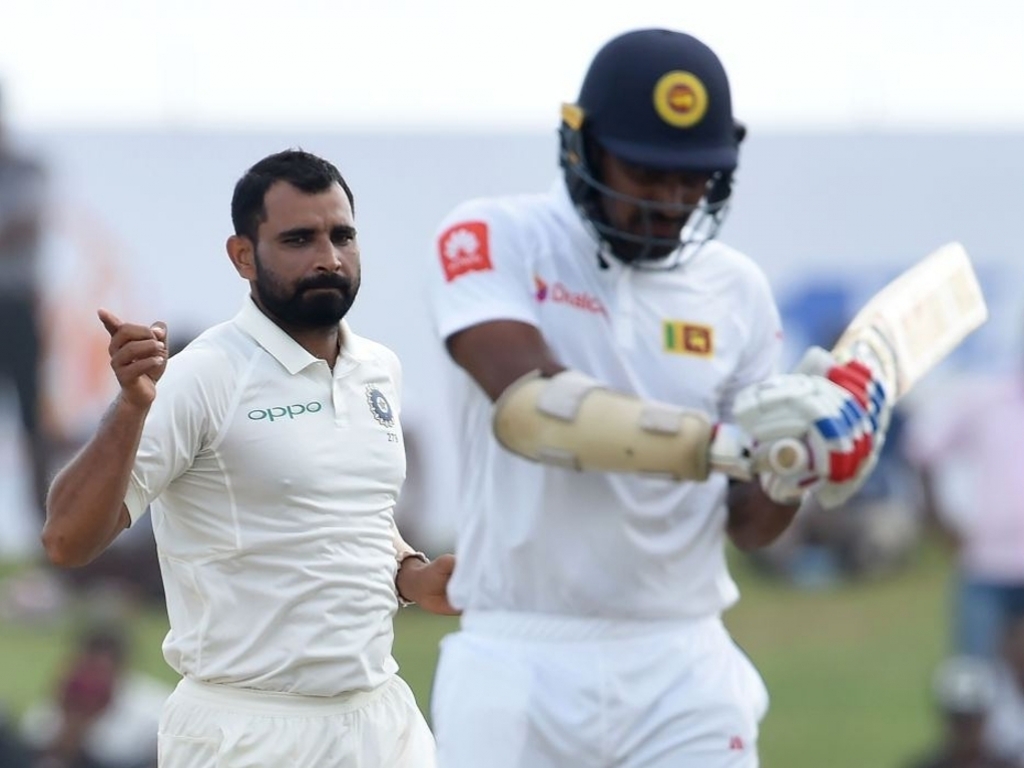 India piled on the misery for a struggling Sri Lanka on day two of the first Test reaching 600 all out before the hosts slipped to 154/5 by stumps.

Beginning the day on 399/3 India moved the game forward quickly as they pushed towards a mammoth first innings total.

Overnight batsmen Cheteshwar Pujara and Ajinkya Rahane went to milestones of 150 and 50 respectively early on the second morning.

Pujara (153) would then nick off to Nuwan Pradeep (6/132) who claimed career best figures as India lost wickets in the pursuit of quick runs.

Lahiru Kumara (3/131) accounted for Rahane (57) but the India lower order kept their foot on the gas.

Ravichandran Ashwin smacked 47 off 60, while Hardik Pandya (50) notched a debut fifty scoring at quicker than a run a ball.

Mohammed Shami (30) had a glittering cameo as well as India slipped past 600 before Kumara removed Hardik to end the innings.

READ: Our day one report

Sri Lanka appeared to be off to a steady start to their reply reaching 68/1 after the early loss of Dimuth Karunaratne (2).

Upul Tharanga and Danushka Gunathilaka (16) looked to be well set but a double strike from Shami removed the latter as well as Kusal Mendis (0) in the space of an over and Sri Lanka were 68 for 3.

Former skipper Angelo Mathews looked to steady the ship but nobody else was on the same page with Tharanga (64) dancing down the pitch and poking the ball to Abhinav Mukund at silly point and he had enough time to toss the ball to Wriddhiman Saha who completed the run out.

Niroshan Dickwella (8) was unable to apply himself to the task and was brilliantly caught by Abhinav at silly point off the bowling of Ashwin.