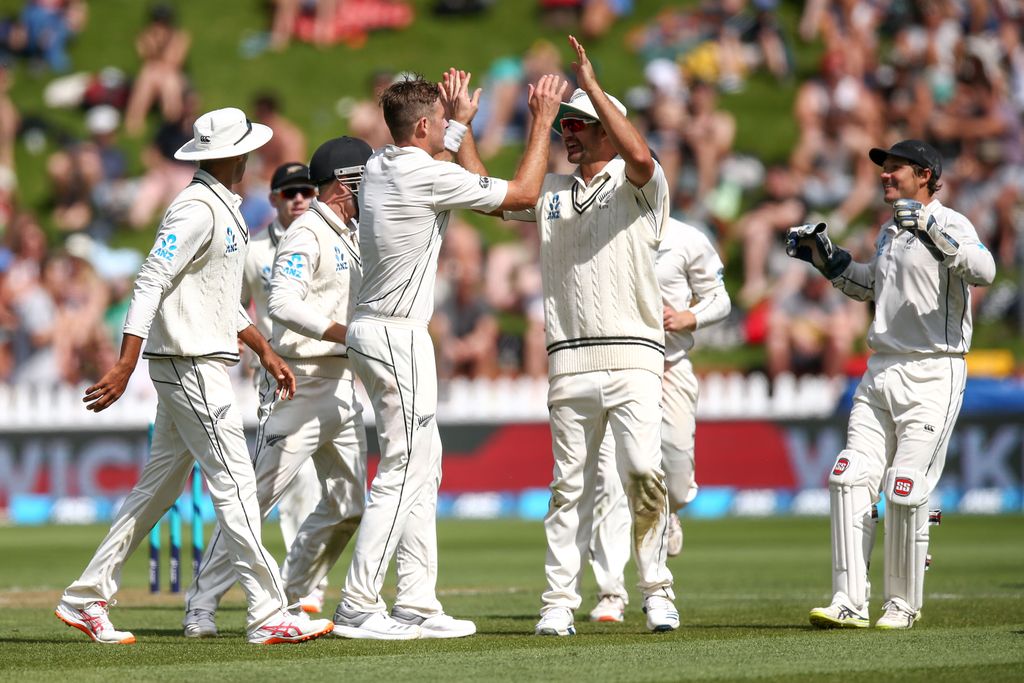 New Zealand seamer Tim Southee rocked Sri Lanka early but the visitors fought back on the first day of the first Test in Wellington on Saturday.

Southee took three wickets in his first three overs as Sri Lanka slumped to 9/3 after being sent in to bat by home captain Kane Williamson, the tourists recovered to reach stumps on 275/9.

The 30-year-old Southee nipped out Danushka Gunathilaka (1), Dhananjaya de Silva (1) and Kusal Mendis (2) to put Sri Lanka under serious pressure on a green pitch at the Basin Reserve.

However, the visitors showed some fight in the form of Angelo Mathews (83) and Dimuth Karunaratne (79) who added 133 for the fourth wicket.

Niroshan Dickwella (73 not out) continued the resistance but he is fast running out of partners as Sri Lanla aim for a solid first innings total.

Southee finished the day with figures of 5-67 in 25 overs while left-arm paceman Neil Wagner took 2-75 in 20 overs.