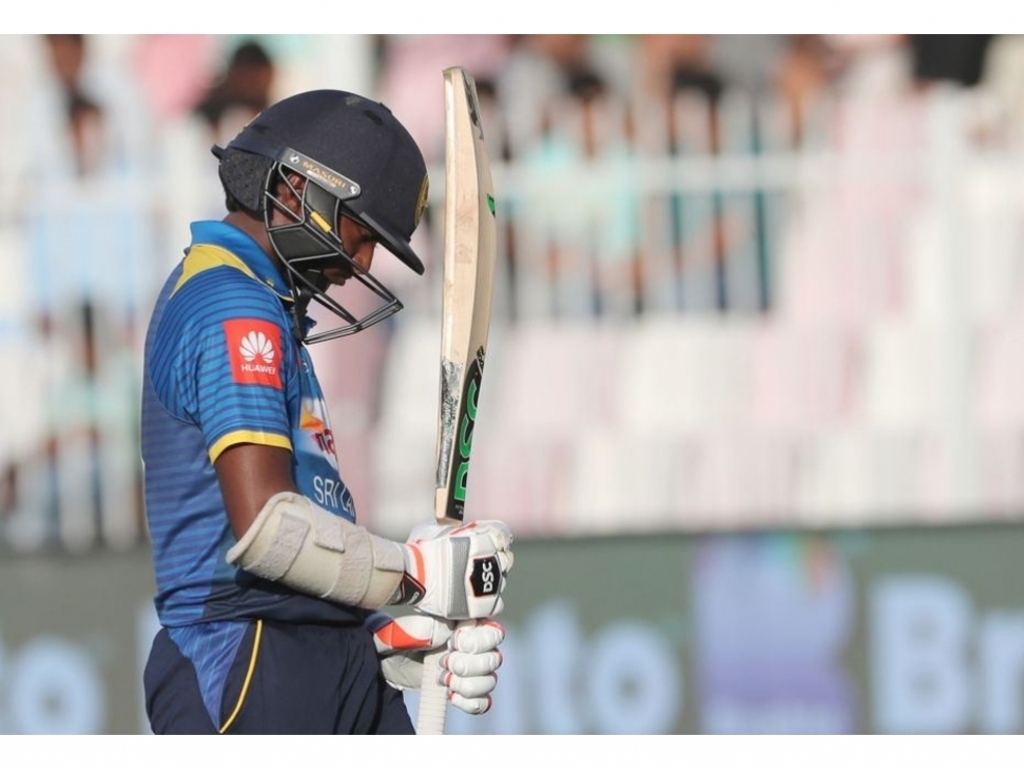 Sri Lanka put in yet another poor batting performance that saw them go down by seven wickets in the fourth ODI against Pakistan in Sharjah.

There were three more wickets for newly crowned number one ranked ODI bowler Hasan Ali (3/37) while spinners Imad Wasim (2/13) and Shadab Khan (2/29) picked up a brace each.

The early breakthroughs were provided by opening bowlers Usman Khan and Junaid Khan as they removed openers Upul Tharanga (0) and Niroshan Dickwella (22) while a run out accounted for senior batsman Dinesh Chandimal (16).

Lahiru Thirimanne (63) tried to hold things together but soon found himself batting with the tail.

Despite a brave effort from number 10 Suranga Lakmal (23*) Sri Lanka were bowled out for 173.

Fakhar Zaman (17) and Mohammad Hafeez (9) misfired but Shoaib Malik (69*) formed a winning partnership with Babar that took Pakistan to a fourth straight win against the tourists.

Sri Lanka skipper Tharanga laid the blame for the loss on the batsmen’s shoulders saying: “The main thing is batting – we are making the same mistakes. We have a very good batting side so I don’t know what is going wrong.

“I think it has to do with confidence; no one is getting big scores. Hopefully we can do better in the next game.

“We were 59 for 2 in ten overs and the guys were batting well and after Dinesh [Chandimal] got out, Siriwardana got out early and it was difficult. The spinners have done well but we need to get wickets in the middle overs.”

Man of the match Babar said: “My focus is always on for every match and I want to give 100%. The longer I’m there, the better it is for both me and the team. The moment Shoaib bhai came in, he said we need to make a partnership and that’s what we did.”

Pakistan captain Sarfaraz Ahmed was pleased that his team turned around a poor performance in Test cricket in the fifty over format.

Sarfaraz said: ” Test cricket is a little different and we have our momentum in this format, we’re doing well in all departments. The boys are understanding their roles, especially the seniors. Shoaib bhai stood up with the bat, Hafeez has been doing well in both departments and the young boys are stepping up. They’re making my job easy.”