Gunaratne in doubt for rest of India Test series 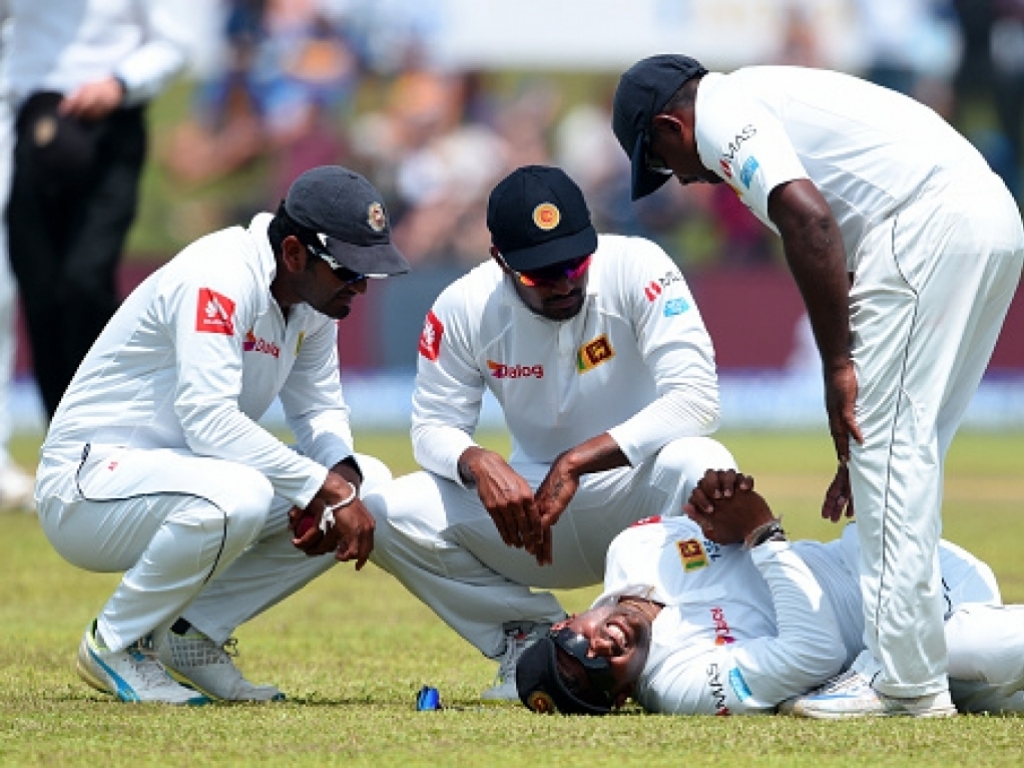 Sri Lanka’s Asela Gunaratne is in doubt for the rest of the three-match Test series against India after injuring his thumb on the first morning of the first Test in Galle.

Gunaratne picked up the injury in the 14th over of the game when he dived to his left to attempt a catch at second slip but it was dropped off the bowling of seamer Nuwan Pradeep.

The 31-year-old Gunaratne left the field clutching his wrist and was taken to see a specialist in Colombo.

He is set to miss the rest of the Test and is in doubt for the games in Colombo and Pallekelle.

It will be a major blow for the hosts if they were to lose Gunaratne for the rest of the series as he has become a valuable allrounder in the side that bats at number six and bowls useful off-spinners.

The hosts are already missing captain and senior batsman Dinesh Chandimal from the Galle Test after he contracted pneumonia. Rangana Herath is standing in as skipper for the first Test.