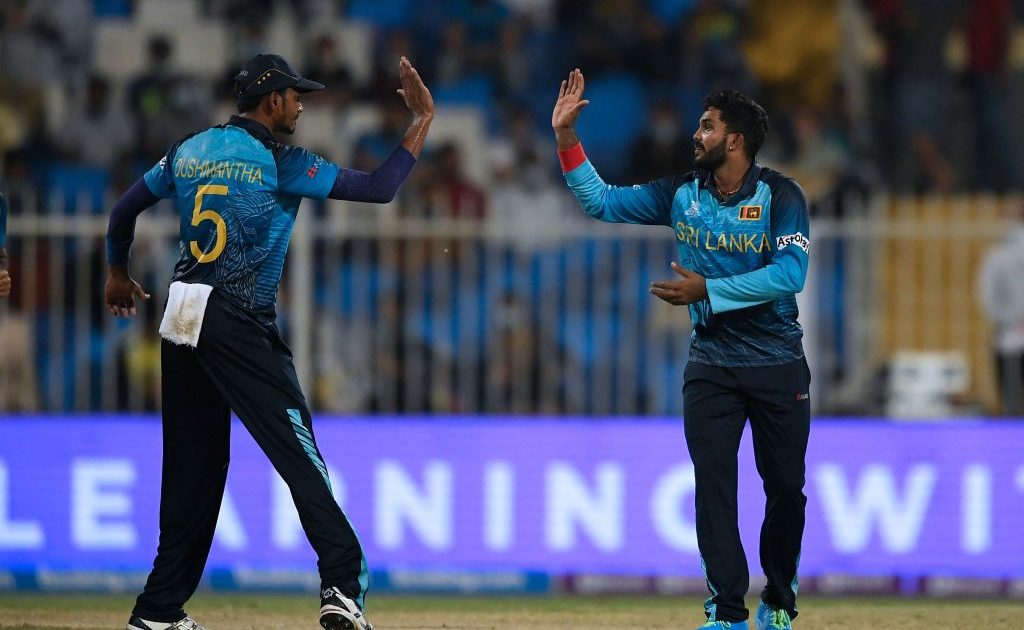 Sri Lanka’s bowlers stole the day as they recorded a dominant eight-wicket win over the Netherlands to top Group A in style and head into the Super 12s brimming with confidence.

Dasun Shanaka’s Sri Lanka had already qualified for the next stage but ensured they ended the First Round with a 100 per cent record thanks to a quick-fire victory in Sharjah that took just 17.1 overs of total match-time.

Only Colin Ackermann (11) reached double figures for the Netherlands as brilliant bowling by the Lions reduced them to 37 for six at the end of the powerplay and ultimately skittled them for 44.

Lahiru Kumara ended with figures of three for seven, Wanindu Hasaranga took three for nine and Maheesh Theekshana two for three from just one over as the Dutch registered the second-lowest score in ICC Men’s T20 World Cup history ­– coincidentally, behind only their total of 39 in the same fixture back in 2014.

The chase was never in doubt and Kusal Perera did the bulk of the damage as his knock of 33 from 24 balls saw them home with eight wickets and plenty of time to spare.

Sri Lanka’s batting and bowling have both shone at moments during the First Round and they demonstrated their class in the third phase of the game – fielding – in the very first over, as skipper Shanaka brilliantly ran out Max O’Dowd with a direct hit at the non-striker’s end after his push into the off-side.

Back-to-back boundaries down to fine leg from Ben Cooper looked to have settled the Dutch but Theekshana’s carrom ball clean bowled both Cooper and Steph Myburgh in the space of three deliveries to reduce them to 20 for three.

Every time the Netherlands appeared to be building momentum, they were stopped in their tracks ­­– Ackermann smashing a six straight down the ground and a glorious sweep for four before being trapped plumb lbw for 11 by Hasaranga.

Later that over, Bas de Leede was also out lbw and when the experienced Roelof van der Merwe top-edged a Dushmantha Chameera bouncer to wicketkeeper Perera, the score at the end of the six-over powerplay was a daunting 37 for six.

Another flighted Hasaranga delivery then accounted for skipper Pieter Seelaar lbw before Kumara finished off the tail with three wickets in an over thanks to two lbws and a nick behind.

A target of 45 was never likely to cause Sri Lanka many problems but their struggling top order batters would have liked to use the innings as a chance to find their rhythm.

Pathum Nissanka skied a Brandon Glover delivery to mid-off to depart for a duck early on but fellow opener Perera started to pick off the runs.

He punched a four down the ground, pulled another to the leg-side boundary and crunched one through the off-side, while Charith Asalanka – who was brought into the team for Dinesh Chandimal at number three ­– got in on the action with a wristy flick for four.

An ungainly slog across the line off Paul van Meekeren ended Asalanka’s largely unconvincing stay as he was caught at mid-on for just six off ten balls but Perera soon finished the job.

He unleashed a ferocious pull and then cover drive for consecutive fours to put the Lions within sight of the target and Avishka Fernando flicked the winning runs in a complete performance.