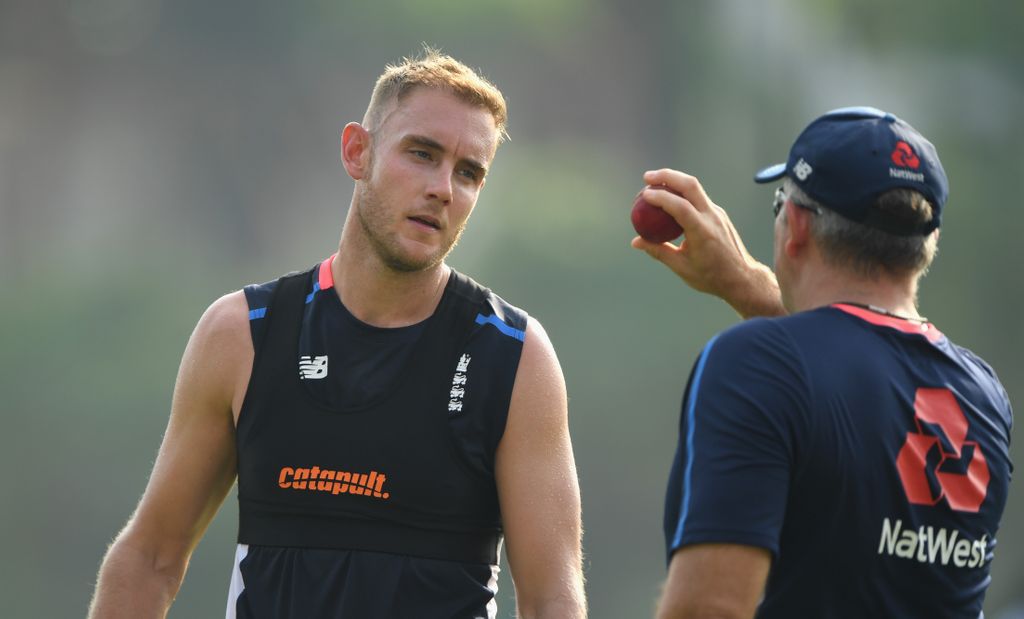 Stuart Broad could be dropped for England’s first Test against Sri Lanka, starting on 6 November, as the visitors try to select their best combination on what is expected to be a slow, turning pitch in Galle.

The 32-year-old Broad is England’s second highest wicket-taker in Test cricket with 433 scalps in 132 games and has statistically formed one of the best new-ball bowling partnerships in the game with James Anderson.

However, the tourists want to include all three of their frontline spinners – Adil Rashid, Moeen Ali and Jack Leach – without weakening the batting department and Broad could be the man to miss out.

In two Tests in Sri Lanka (one in 2007 and one in 2012) Broad has claimed just three wickets at a cost of 66.33 apiece and there is a thought that he and Anderson could be rotated during the three-match series.

England skipper Joe Root told reporters: “We still haven’t finalised the team. Stuart could still definitely play a massive part within the three-match series and definitely he is an option in the first game.

“I wouldn’t say it’s a changing of the guard and I wouldn’t say he’s in a weaker position than he has been previously. I think he’s actually improving all the time and using his experience wisely.

“His action is as strong as it has ever been. If we find a different formula with him or without him, I don’t think it weakens him as a player or shows where his game is going.

“Ultimately it will come down to the balance of the side. We’ve a bit of time now to work out what that will be and when we get to Galle we’ll make a big call on that.”

Root said the series in Sri Lanka is a chance for England to improve their record away from home in the longest format and they might just have to change their formula to be successful.

The touring captain continued: “Obviously our away record has not been what we’d like over the last couple of years.

“But it’s an opportunity for this group of players to turn that around. We shouldn’t be scared or intimidated by the surfaces or by the make-up of their team.

“But we’ve been away from home for a number of times now and struggled. So whether we have to find a different formula we’ll just have to wait and see.”

Following the game in Galle, England are also scheduled to play Tests in Kandy and Colombo.