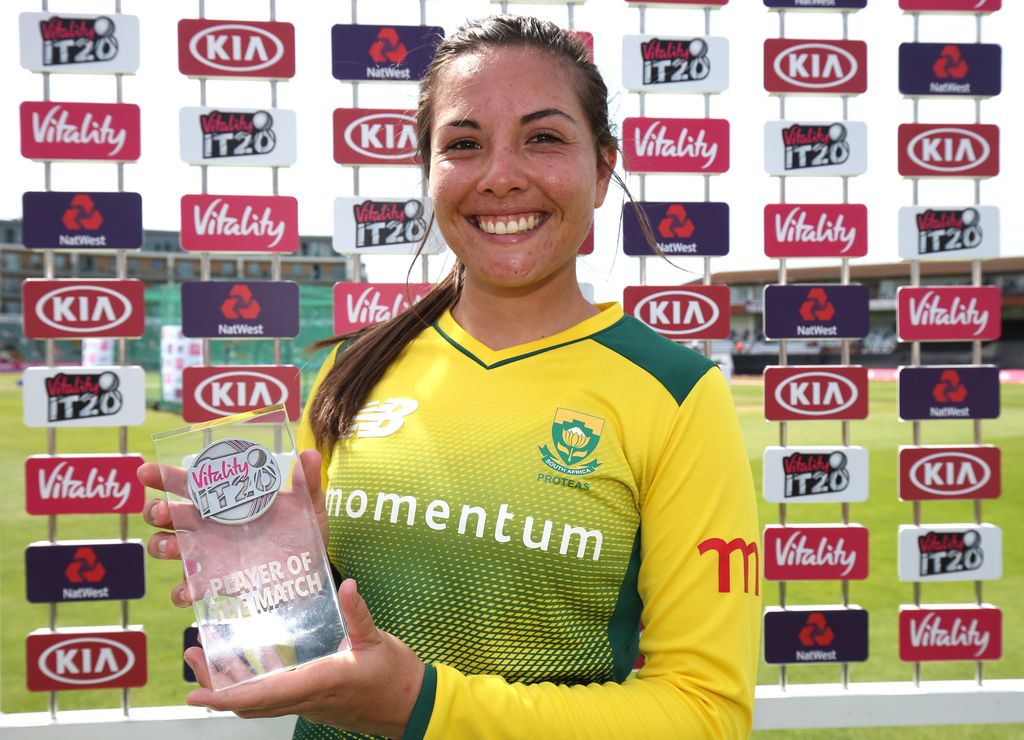 Sune Luus said she just stayed in a positive mindset as she helped the Proteas Women’s beat England by six wickets in a T20I tri-series clash in Somerset on Saturday.

The 22-year-old Luus, batting at number three, struck an unbeaten 63 off 52 balls as the Proteas Women chased down England’s target of 161 with three balls still to spare.

REPORT: Luus lashes England to get Proteas back in the tri-series

The victory was especially sweet for Luus and the Proteas as they suffered big defeats in their two opening games of the tournament, conceding world record totals.

On Saturday at Taunton with 14 runs still needed from the final over, Luus finished the game with two fours and a six off the first three balls.

Luus said after the game: “It is really important to stay in a positive mindset. On a tour like this you can’t lose your head.

“I just stayed positive throughout and luckily it came off today.”

Luus was involved in a vital partnership of 103 for the second wicket with opener Lizelle Lee (68 off 37 balls) but did not feel added pressure when her partner was out with 52 runs still needed from the remaining eight overs.

The right-handed Luus, who revealed that she was only batting up the order because of the late withdrawal of Stacey Lackay, received good support from her captain Dane van Nierkerk (25 off 19 balls) as the Proteas wrapped up the victory in the final over.

Luus added: “We still had a long batting line-up to come. It is really important to back the players that come in next otherwise you are going to put all the pressure on yourself and get bogged down.”

The Proteas Women’s next game in the tournament is against New Zealand in Bristol on Thursday.