Home Countries Sutherland: Lehmann had no knowledge of ball-tampering

Sutherland: Lehmann had no knowledge of ball-tampering 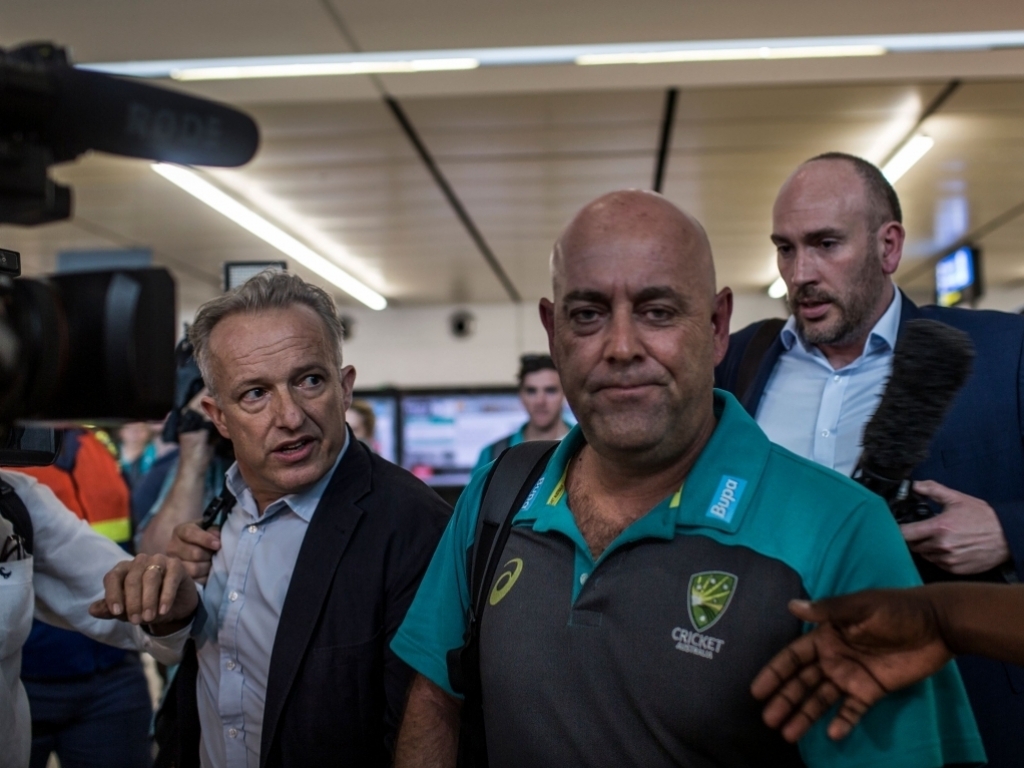 Cricket Australia chief executive James Sutherland insists Darren Lehmann had no prior knowledge of the ball-tampering incident in the third Test against South Africa and will see out his contract as of coach of the national side.

Steve Smith, David Warner and Cameron Bancroft were sent home from the tour of South Africa after owning up to trying to change the condition of the ball at Newlands but no other player or member of the management will be charged.

Bancroft was caught on TV footage applying sticky tape to the ball with Lehmann then shown to send a message to the field, via the 12th man, for the opener to get rid of the evidence.

However, Sutherland said the reports that Lehmann offered to resign in the wake of the scandal were false.

Lehmann will therefore stay on as coach until his contract expires at end of the 2019 Ashes campaign in England.

Sutherland said: “No other players or support staff had prior knowledge and this includes Darren Lehmann who, despite inaccurate media reports, has not resigned.

“He will continue to coach the Australian men’s team under his current contract.”

Sutherland said that the investigations have not been completed yet and that sanctions for Smith, Warner and Bancroft will be made on Wednesday.

The CA official added: “I fully understand the appetite for urgency for more detail. However, urgency must be balanced with due process given the serious implications for all involved.”