Taijul spins Bangladesh to victory in 1st Test against Windies 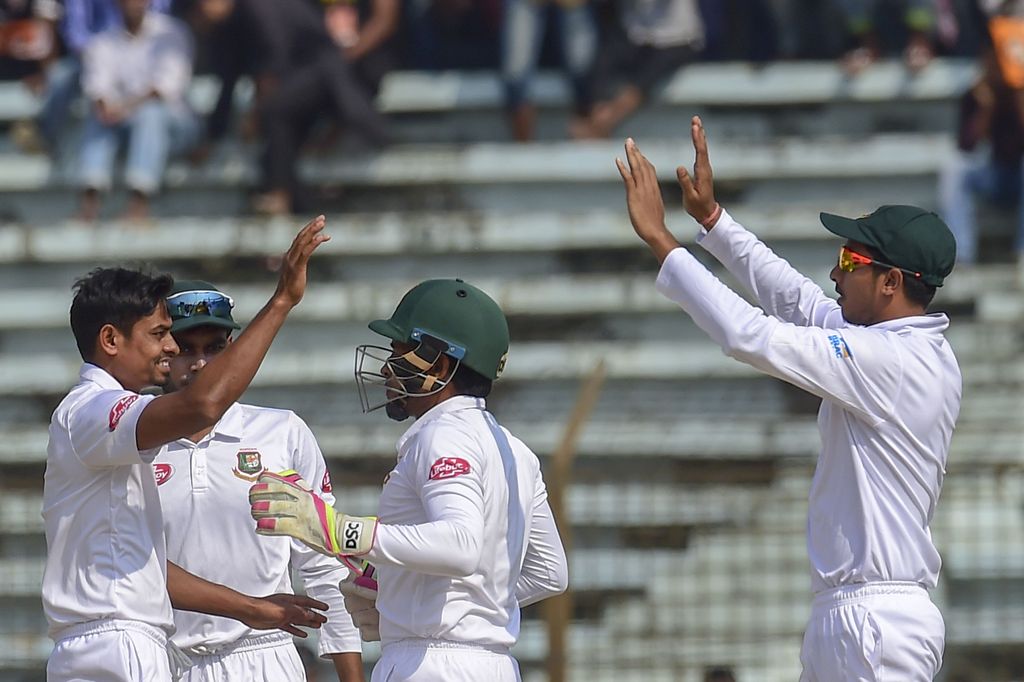 Taijul Islam took his seventh five-wicket haul of his career to bowl Bangladesh to a 64-run victory against the West Indies on the third day of the first Test in Chittagong on Saturday.

Left-arm spinner Taijul claimed figures of 6-33 as the Windies batsmen faltered as they chased a target of 204 on turning pitch at the Zohur Ahmed Chowdhury Stadium.

Sunil Ambris was the last man dismissed after top-scoring for the visitors with 43.

He had put on a 63-run partnership with Jomel Warrican for the ninth wicket to lift West Indies from 75 for eight to revive unlikely hope of a win.

But off-spinner Mehidy Hasan dismissed Warrican for 41, and Taijul sealed the contest in the next over with the wicket of Ambris.

West Indies’ chase got off to a disastrous start, sinking to 11-4 at the lunch break before an attacking 27 off 19 balls by Shimron Hetmyer provided the visitors a brief respite.

Mehidy and Bangladesh captain Shakib Al Hasan finished with two wickets each as the Tigers claimed their first win over the Windies in the longest format at home.

Shakib also became the first Bangladesh player to achieve the milestone of 200 wickets in Test cricket and in the process became the quickest player in Test history to achieve the double of 200 scalps and 3000 runs, in just his 54th game.

Earlier, Windies leg-spinner Devendra Bishoo claimed three wickets in the morning session to finish with figures of 4-26 as the visitors bowled out Bangladesh for 125 in their second innings.

The hosts added 70 runs to their overnight score after resuming the day on 55/5 with Mahmudullah top-scoring with 31.

The Tigers now take a 1-0 lead into the second and final Test of the series that starts in Mirpur on 30 November.