Home Countries Hasan puts England on the back foot

Hasan puts England on the back foot 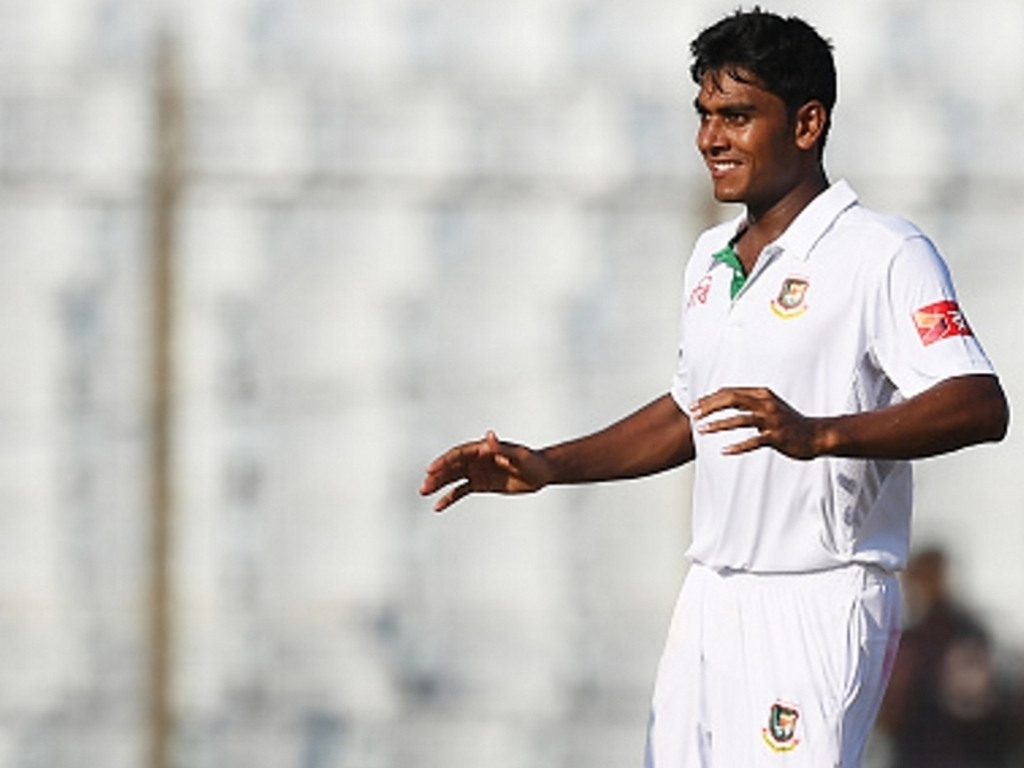 Teenaged debutant Mehedi Hasan put England in a spin on day one of the first Test between the visitors and Bangladesh at Chittagong.

The tourists would fight back to end the day on 258 for 7 but the opening day belonged to the Tigers and Mehedi who finished up with figures of 5 for 64 from a mammoth 33 overs.

England found themselves in trouble early on, slipping to 21 for 3 as they lost wickets in the 10th, 11th and 12th overs.

Debutant Ben Duckett (14) was first to go, Mehedi turned one through his defences to claim his first ever Test wicket.

Alastair Cook (4) rather embarrassingly fell over trying to sweep Shakib-al-Hasan and succeeded only in playing the ball onto his stumps.

Middle-order bat Gary Ballance had to depart when Bangladesh employed the first review of many on day one and he was found to be out leg before.

England would rally under the guidance of Joe Root and Moeen Ali perhaps somewhat fortunately as the latter would have been given out on one had the Tigers reviewed.

Moeen would be involved in no fewer than five reviews over the course of his innings though.

First Taijul Islam would convince his captain to review unsuccessfully before Moeen completed a hat-trick of successful reviews after umpire Kumar Dharmasena raised his finger in error thrice in the space of two overs.

Root (40) played for turn against young Mehedi and had to go as he was caught at slip leaving England in trouble at 83 for four.

Ben Stokes got an absolute beauty from Shakib that sent him packing for 18 and left England reeling.

Moeen (68) and Jonny Bairstow (52) led another England recovery with a great blend of strokeplay and strike rotation but before the day was out Mehedi would have both their wickets and a memorable five-for on debut, not bad for someone four days shy of his 19th birthday.

Mehedi is the youngest ever Bangladesh player to take a five-for on debut.