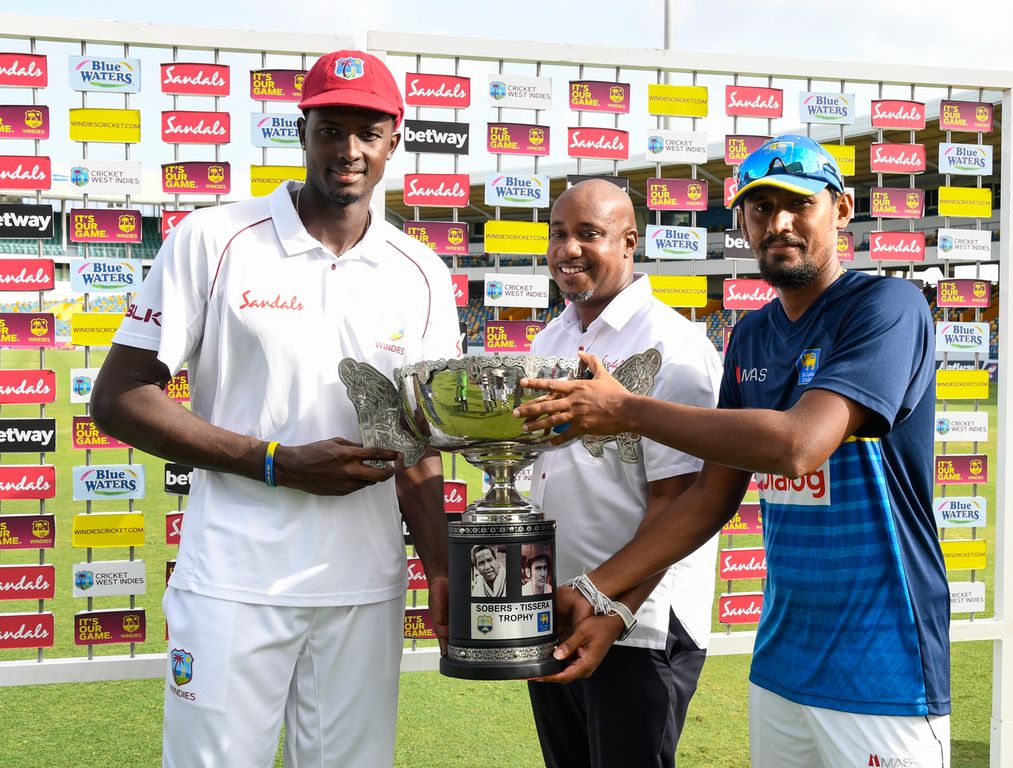 Dilruwan Perera and Kusal Perera were the heroes as Sri Lanka completed a four-wicket victory in the third and final Test against the West Indies to salvage a draw in the series.

The visitors came into the fourth day of the day-night Test still needing another 63 runs to reach their target of 144 but only had five wickets in the bank.

After resuming on 81/5, Sri Lanka must have thought the worst was in store for them when Kusal Mendis was trapped in front by Jason Holder without adding to his overnight score of 25.

Kusal Perera then came to bat after spending most of the previous evening in hospital after taking a nasty fall in the field the day before.

The two Pereras saw off the early threat as Holder was particularly dangerous with his away swing seamers.

With the wicket of Mendis the Windies skipper completed his second five-wicket haul of his Test career but it was to no avail.

Kusal eventually was 28 not out and Dilruwan was unbeaten on 23 as Sri Lanka got over line in Barbados.

West Indies won the first Test of the three-match series by 226 runs in Trinidad and Tobago before the second Test was drawn in St Lucia.