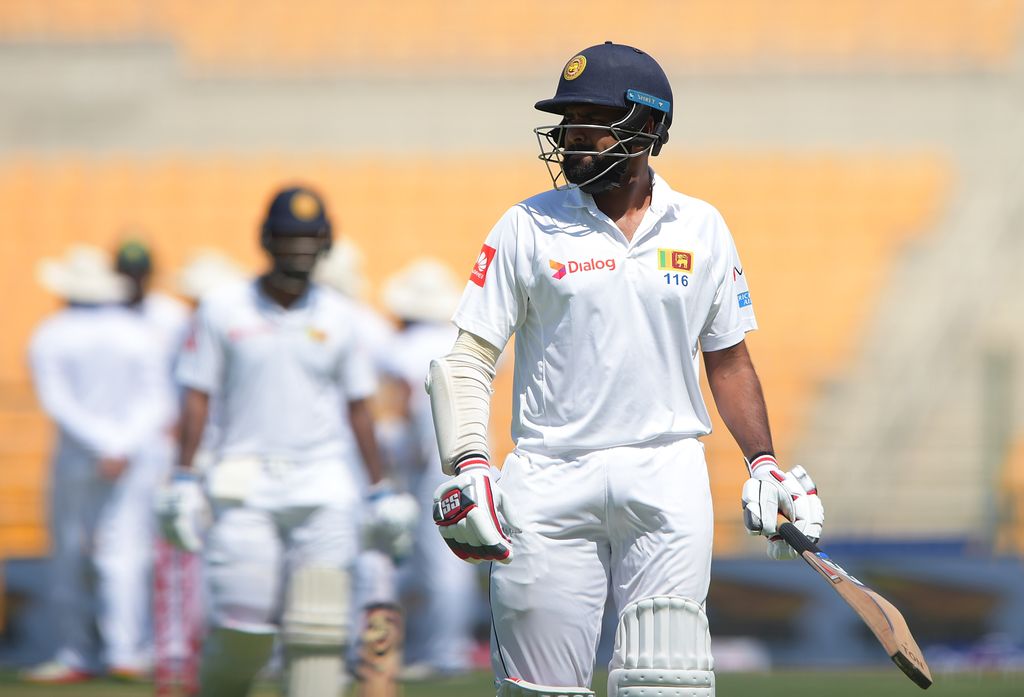 Batsman Lahiru Thirimanne has been recalled to Sri Lanka’s squad for the upcoming Test series in New Zealand, starting on 15 December in Wellington.

The 29-year-old Thirimanne, who has played 29 Tests, last played a game in the longest format in November 2017 against India in Nagpur.

He has not set the scene alight in Test whites having an average of just more than 23 with the bat that includes one century and five fifties.

The left-hander has though forced his way back into the Test frame by being the highest scorer in an A team tour to Bangladesh in July, tallying 347 runs at an average of 173.5 across four innings.

There is also a place in the 17-man squad for 23-year-old wicketkeeper-batsman Sadeera Samarawickrama, who has just played in four Tests.

Dinesh Chandimal, who missed the last two games in the recent home series against England with a groin injury, is back to lead the side while opening batsman Kaushal Silva has been dropped.

After the match in Wellington, the series will conclude with a Test that starts on Boxing Day in Christchurch.