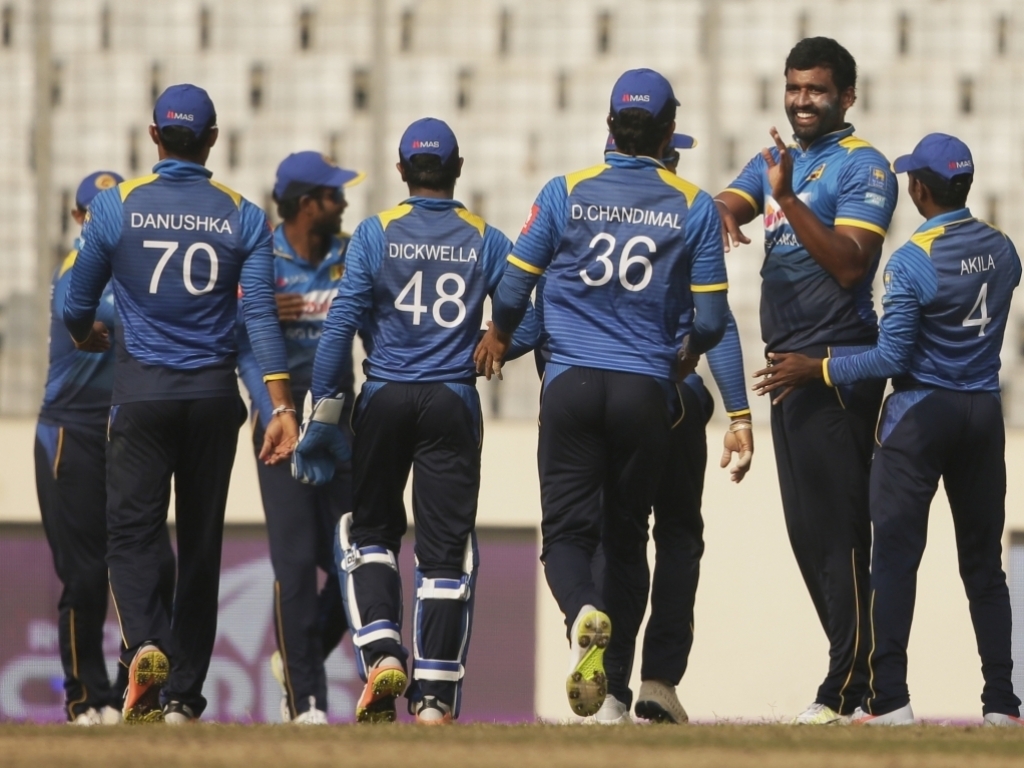 Thisara Perera was the star with bat and ball as Sri Lanka registered their first win of the ODI tri-series in Bangladesh when they beat Zimbabwe by five wickets in Mirpur on Sunday.

After the African side had elected to bat first after winning the toss, Thisara was the destroyer-in-chief as he took 4-33 in eight overs as Zimbabwe limped to 198 all out in 44 overs.

The other Sri Lanka bowlers to impress were seamer Nuwan Pradeep (3-28) and left-arm chinaman Lakshan Sandakan (2-57).

Only Brendan Taylor (58) showed any resistance to graft out runs on a slow pitch with second top-score coming from captain Graeme Cremer (34), batting at number eight.

Sri Lanka openers Kusal Perera (49) and Upul Tharanga (17) put on 33 while the second wicket pair of Kusal and Kusal Mendis (36) added 70 to put the Asian side in the driving seat in the run-chase.

However, Sri Lanka collapsed from 103/1 to 154/5 as they wobbled towards the target with Zimbabwe sensing a sniff at that stage of the game.

Thisara and his stand-in skipper, Dinesh Chandimal, had other ideas though and put on an unbroken partnership of 57 as Sri Lanka reached the target in the 45th over.

The left-handed Thisara was unbeaten on 39 off just 26 balls (including three sixes and one four) while Chandimal was more sedate in compiling 38 not out off 71 deliveries.

Zimbabwe’s 21-year-old paceman Blessing Muzarabani, playing in only his third ODI, tried hard with figures of 3-52 but it was not enough.

Both teams now have a victory in the tournament but are still behind hosts Bangladesh who have two wins from two.

The next game will see the home side take on Zimbabwe also at the Shere Bangla National Stadium in Mirpur.